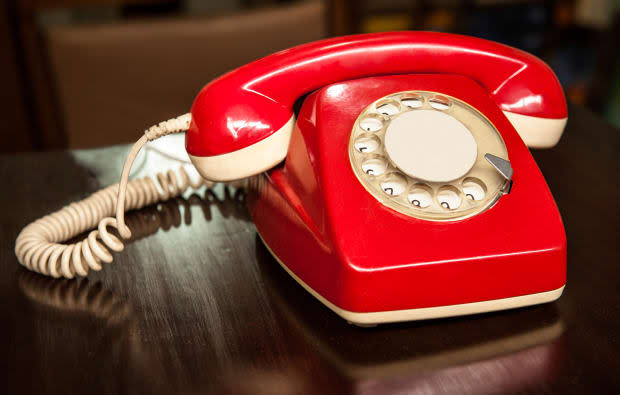 2013 has been a hard year for the White House. It's been working overtime to try and manage the PR nightmare sparked by Edward Snowden's NSA whistleblowing -- fighting the outcry of angry citizens, CEOs and major tech firms. President Barack Obama eventually created a panel to review the government's surveillance programs and propose changes that will help restore public's trust. Today, the group's recommendations are in, and in summary, they aren't too surprising: don't spy on your citizens.

The report's most public facing suggestion mandates ending the NSA's habit of collecting US phone call metadata. The agency would still be allowed to collect some records, of course, but the panel suggests that this data be maintained by a private third party, or the phone companies themselves. More importantly, this data would only be accessible with an order from the Foreign Intelligence Surveillance Court. That's hardly the panel's only critique, either: the 308 page document actually makes a total of 46 recommendations. It suggests putting international spy operations under heavier scrutiny, for instance, and says that decisions to monitor such communications need to be made by the Commander in Chief -- not the nation's intelligence agencies. It even suggests major tweak to the NSA's structure, asking the president to consider making the next Director of the NSA a civilian.

Not all of the team's recommendations are focused on limiting powers, however. Many focus on transparency and protocol. Several items urge for more public disclosure, and would give the people insight on how often certain kinds of investigative orders are being issued. Even more focus on protecting US citizens from international investigations, requiring that data collected accidentally while monitoring the communications of a non-US person outside of the United States must be immediately purged. For that matter, the report recommends that foreign surveillance should be permitted in cases of national security, and should not be used to collect trade secrets, smear public figures or others be used for "illicit or illegitimate ends." Oh, and it reminds the government that monitoring people based solely on their political viewpoint is a big no-no. Putting protocols aside, some of the suggestions do focus specifically on technology. For instance, the panel insists that networks carrying classified information needs to have the best available hardware, software and cyber security mechanisms. Sure, that seems like a no-brainer, but security holes are no joke -- US security agencies have been known to exploit them to gather intelligence, and that's the last thing we need happening to the NSA's servers. For that matter, the panel recommends exploiting security holes less: using a day-one software exploit might be handy at the time, but working with developers to close software vulnerabilities is better for the national interest in the long run.

Although the document's recommendations aren't likely to quiet all of our recent security concerns, it's certainly a good start. Unfortunately, they're still just that -- recommendations. The President and his senior staff are currently reviewing the document, and it's far too early to say which recommendations the executive branch will take to heart, and which ones it will discard. Even so, the White House said that the President hopes to find a balance that will protect national security and foreign policy without betraying the public trust. We'll find out in January just what changes he plans to make to facilitate that future. Care to take a guess yourself? Feel free to read the 308 page document for yourself and speculate, you'll find it at the source link below.

In this article: BarackObama government, nsa, obama, PRISM, secuirty, spy, timeline16nsaphone, whitehouse
All products recommended by Engadget are selected by our editorial team, independent of our parent company. Some of our stories include affiliate links. If you buy something through one of these links, we may earn an affiliate commission.