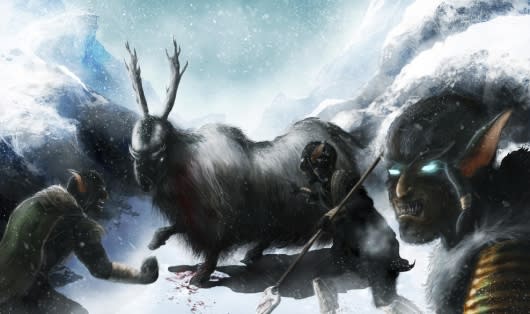 Embers of Caerus has hit a crisis crossroads in its development, and as such the team is abandoning its current schedule as it seeks out a development studio to help the volunteer project succeed.

Creative Director Rob Steele broke the news on the forums, where he admits that mistakes in developing a prototype for the game's systems cost the project financial and volunteer support. Without the funds, he admits that the team cannot make its previous goals of regular module updates and benchmarks.

"Instead of continuing down this path, attempting to play catch up, and risking missing more benchmarks that we have no assurances we can hit, Forsaken Studios is making a drastic change in its plans for Embers of Caerus," he wrote.

Steele went on to say that he has been in talks with other game studios to help with the future development of the game, all while upholding promises made to supporters and crowdfunding investors. He said that the project will be encountering "a great deal of changes" but should be more active if and when another studio signs on to help.
In this article: embers-of-caerus, embers-of-caerus-demo, exploration, exploration-demo, fantasy, forsaken, forsaken-studios, rob-steele, sandbox
All products recommended by Engadget are selected by our editorial team, independent of our parent company. Some of our stories include affiliate links. If you buy something through one of these links, we may earn an affiliate commission.