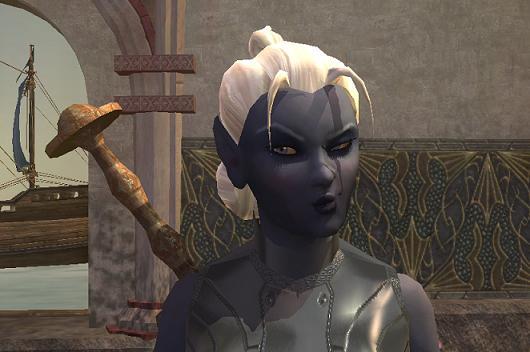 When we're playing MMOs, we're in a virtual world, but we're also playing a game, and as in all games, there are rules to follow. It's one thing for an individual player to break the rules, but when that player is part of a guild, it can have a ripple effect that affects every other member.

Guild leaders are in a tough position when it comes to rule-breaking because knowingly allowing someone to exploit could make the guild complicit in the process. And when the banhammer strikes, it could come down hard on the entire guild. How much responsibility should a guild leader have over players who bend or break the game rules? Let's consider a few points in this week's Guild Counsel.

There are many different types of guilds, including guilds that thrive on gaining an advantage by skirting the rules. Their style of gameplay is to "game the game," and part of their sense of accomplishment is testing the game system itself and using design flaws to gain the upper hand. But knowingly abusing exploits carries a risk of punishment, and MMO history is full of stories about guilds who were caught cheating and paid the price for it.

Guild leaders who knowingly encourage abuse of exploits in their guilds can cause great harm to an MMO. Economies can become ruined overnight, and cheating can cause tremendous disruption to the community overall. So game companies need to come down hard on guilds that exploit because they hurt others' gameplay and can cause the studio to lose players -- and money -- as a result.

But what if one individual or a small group of players abuses the game without the knowledge of the rest of the guild? How much responsibility does a guild leader have over ensuring that members play by the rules? While every case is different, probably the best answer boils down to plausible deniability. If you're a guild leader and you notice that a member has acquired millions of currency in just a few hours, you owe it to your guild to spend a little time investigating. You could look the other way, and there's probably a good chance that only the exploiter will be punished, but it does affect your guild's reputation, and that's not fair to those in your guild who do play by the rules. If you're trying to run an honorable guild, you should take it seriously if someone puts that into question.

One of the things that makes MMOs special is that it encourages players to find creative solutions to challenging problems. A game designer can spend weeks on what he thinks is a complex boss fight, and a guild can find that one area overlooked to easily defeat it.

The problem is that some creative ideas could wind up in that grey area, where they aren't clear exploits but also aren't necessarily seen as fair. It's much harder for a guild leader to police these because part of playing MMOs is finding those "outside the box" solutions to challenging content. If someone uses a combat ability in a way that no one had considered, is it abuse or is that creative genius? What about buying out a certain valuable commodity and then taking advantage of that monopoly to make a fortune? It might not be nice, but it's not against the rules. Should a guild leader demand that the player stop? In these cases, there's no right or wrong answer, but it really depends on the playstyle of the guild as well as the impact a particular action might have on the rest of the players.

Guild leaders and game designers really do want the same thing, which is a happy, active playerbase that's loyal to the game. When game designers make a good game, guild leaders benefit because they have a robust population to build their roster, and they have an engaged community that wants to work together to make progress in the game. And when guild leaders manage active, successful guilds, game studios benefit because those guilds become the glue that keeps players sticking around for years.

But guild leaders should not have to do a game studio's job. If a game has a design flaw that players can exploit, it's ultimately the studio's responsibility to repair it, and quickly. When exploits linger, it puts guild leaders in a tough position because they have to either have to prohibit players from using them (and risk some pushback as a result) or look the other way (and risk the guild's reputation as well as possible punishment). Exploits distract from the fun of the game, they ruin immersion, and they create all sorts of resentment between those who take advantage, and those who don't participate will still feel they're losing out because of their choice. And just like that, everything that both the design team and the guild leaders have built can be ruined.

In short, guild leaders should try to encourage their members to play fair and not take advantage of exploits. But its the game studios themselves who should bear the responsibility of being ever-vigilant and not only stomping out exploits as soon as they're discovered but trying to find those exploits before the players do. The "cleaner" the game is, the better off everyone will be in the long run.

Do you have a guild problem that you just can't seem to resolve? Have a guild issue that you'd like to discuss? Every week, Karen Bryan takes on reader questions about guild management right here in The Guild Counsel column. She'll offer advice, give practical tips, and even provide a shoulder to lean on for those who are taking up the challenging task of running a guild.
In this article: advice, cheat, cheating, exploit, exploiting, exploits, featured, game-abuse, guild, guild-abuse, guild-advice, guild-counsel, guild-exploits, guild-leadership, guild-management, guilds, leadership, opinion, the-guild-counsel
All products recommended by Engadget are selected by our editorial team, independent of our parent company. Some of our stories include affiliate links. If you buy something through one of these links, we may earn an affiliate commission.