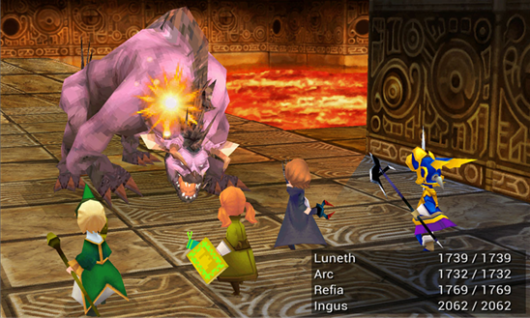 Final Fantasy 3 is now available on Windows Phone devices, but don't go a-downloading and expect those old NES graphics from 1990; This version of FF3 is the 2006 3D remake that was originally released for Nintendo DS. Since it's on Windows Phone now, players also get the added benefit of Xbox Achievements for bragging rights. The game costs $15.99 but also has a free trial option for more cautious adventurers.

[Thanks, Dane!]
In this article: final-fantasy, final-fantasy-3, mobile, psa, square-enix, windows, windows-phone
All products recommended by Engadget are selected by our editorial team, independent of our parent company. Some of our stories include affiliate links. If you buy something through one of these links, we may earn an affiliate commission.