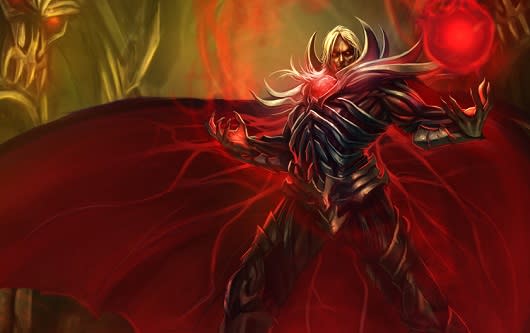 Winning in League of Legends isn't only about skill. Sometimes you completely rock your lane and go 7/0 in laning phase yet manage to lose the game. Blaming your team is totally reasonable there, but the truth is probably closer to home than you think. A team that is working together will prevail regardless of the strength of its individual members and in most cases regardless of its strategic decisions.

I've had games where we had one losing lane and no other big lane advantages (I stole a blue buff once, and both junglers took some Flashes but didn't get any big wins), then went on to utterly destroy the enemy because we pulled together as a team despite having a 5/0 Riven on the enemy team. I've also had games where we had two people with over 5 kills in laning phase and still managed to lose.

How to work together

Some games are impossible. Herding cats works only so well, but we're not here to discuss those games because they are irrelevant. You will lose games; it's out of your control. However, having a positive outlook will help win the games that you might otherwise lose.

The most obvious thing you can do is simply to talk. Be friendly in chat prior to the game. Make conversation! A willingness to communicate puts people in a good mood and insulates your team members from early morale losses.

Any sort of team playing helps -- for instance, showing up in an ally's lane or warding for people other than yourself. Donating buffs or giving danger pings in lanes that aren't your own tell your team members that you're trying to help them out. If you see mid go MIA and you're pretty sure he's headed top, ping! Don't assume top saw what happened because chances are he did not.

Use all chat correctly

Some things you should not say in all chat. Don't show true weakness to your enemy. Being hostile just stirs things up, and you don't want to look like an instigator. If an ally throws away first blood, reinforce your ally in team chat rather than all chat.

However, if your allies are doing well, praise them mercilessly in all chat. Show no dignity and shower them with honeyed words. You should be so completely positive about your allies and how well they are doing that people get diabetes from reading your text. It's a powerful tactic for reinforcing your allies, but what you're also (without being aggressive) making your opponents feel bad.

When you praise your allies in all chat, your enemies will generally feel worse because you're indirectly insulting them. If you're lucky, they'll respond hatefully, and you can counter with more saccharine words. It makes you look good (to your team) and the enemy look bad. When your enemy galvanizes your team against them, it makes your team much more likely to win.

Additionally, enemies acting like jerks to you look rightfully like jerks to their own team, and this can cause failure cascades even if everything is going well for them. Sometimes the entire enemy team can bandwagon, which is bad. Make sure that you show respect for the enemy as well in all chat. It's hard to come off as sincere unless the enemy does something well. Sometimes if I'm camping a lane and getting one of my allies fed, I'll apologize to the enemy player. It makes me look nicer than her team because I'm apologizing, but they're probably berating her in team chat for feeding. Your team is probably dumb, so spell it out

Most teams are not very good at taking advantage of situations. Sometimes you'll get a double kill in bottom lane and then people return to lane. If you know that you're supposed to be taking dragon, stealing blue, and/or pushing a tower, you should communicate. Pinging sometimes isn't enough; typing helps. If we had integrated voice, I'd put on my best Navi impression and say, "Hey! Listen!" while pinging madly at dragon.

Always use "on my way" pings if you're headed somewhere, if nothing else. People can see how long it will take for you to arrive as long as you don't change your route. Above all else, communicate everything. If you are going to invade, say so. If you're going to take camps or buffs on your side of the jungle (and you're not the jungler), say so. Also, if you are the jungler and you want people to take camps, tell them it's OK to take your camps. Some people get really mad if their jungle camps get stolen, but I try to let my team know that I am not one of those people.

If your team persists in doing something stupid like sitting in mid futilely plinking at a tower in a stalemate, then you have to figure out the best option. Sticking with the team is best if a fight actually breaks out; if you fight 4v5, the enemy team is almost certainly going to win. On the other hand, if your team manages to avoid fighting, split pushing will get you free advantage. Of course, if a fight breaks out under the enemy tower, it won't matter if it's a 5v5 and you'll lose anyway (unless your team is really far ahead), so split pushing will get you something. Retreat pings help.

The most important thing is really just being positive. Talk in chat. Make jokes! Give some anecdotes and keep up the communication throughout the game. Funny, helpful people win games more than strategy does. There's a reason there are loading screen hints telling you this -- it's because it's true.

We understand what it's like to climb the skill ladder in League of Legends. The Summoner's Guidebook teaches you the tools you need to get a competitive edge. Whether you're climbing the ranked ladder, playing Draft Dominion, or getting crushed by intermediate bots, every enemy has a weakness. And every Thursday, Patrick Mackey shows how you can improve improve on yours.
In this article: dst, f2p, featured, free-to-play, friendly, kindness, league, league-of-legends, lol, moba, morale, opinion, riot, riot-games, summoners-guidebook, the-summoners-guidebook, winning
All products recommended by Engadget are selected by our editorial team, independent of our parent company. Some of our stories include affiliate links. If you buy something through one of these links, we may earn an affiliate commission.