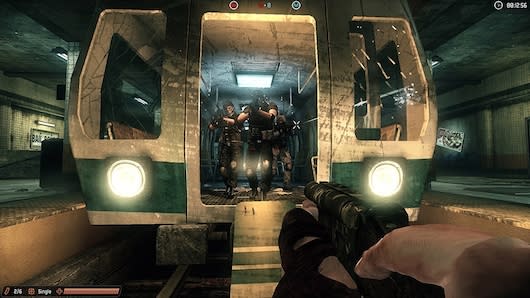 Team-based first-person-shooter Rekoil is set for a late January release on PC and Xbox Live Arcade for $14.99, publisher 505 Games confirmed with Polygon this week. Steam users will be able to load up and aim for each other's vital organs on January 28, with Xbox Live Arcade players following suit on January 29 with Rekoil: Liberator.

Aside from their names, 505 Games explained that Liberator will be different "in that it does not support mod tools and/or eSports the way the PC version does."

The XBLA listing notes multiplayer for up to 10 players, which sounds like a decent-sized group to leverage the game's five classes and 40 weapons against each other. Rekoil will also launch with 10 maps and seven game modes.
In this article: 505-games, first-person-shooter, fps, plastic-piranha, rekoil, rekoil-liberator, release-date
All products recommended by Engadget are selected by our editorial team, independent of our parent company. Some of our stories include affiliate links. If you buy something through one of these links, we may earn an affiliate commission.