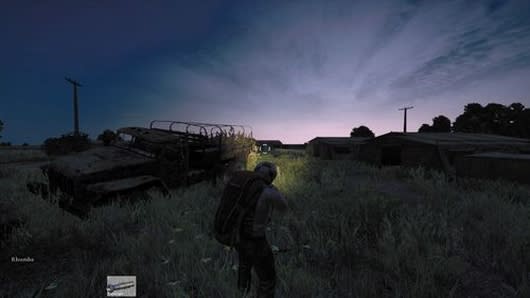 If all of the reminders from Bohemia Interactive weren't enough to convey the message already, DayZ is still very early in its testing process. A recent post summing up the game's third week in early access mentions that the team is not expecting to be further than beta testing by the end of 2014, stating once again that the only people who should purchase the game's early access are those who want to be a part of the development process.

Aside from that, the development team is looking toward future features including customizable vehicles, structures, and in-depth mechanics for hunting and cooking animals in the wild. At 875,000 copies sold, it seems that the game is carving a niche for itself among zombie survival enthusiasts even if it is still very early in its development. Take a look at the full list of planned improvements to the game in the post.
In this article: alpha, alphas, arma, arma-ii, beta, betas, bohemia-interactive, dayz, dayz-standalone, dean-hall, development, early-access, early-testing, news, news-items, testing, update
All products recommended by Engadget are selected by our editorial team, independent of our parent company. Some of our stories include affiliate links. If you buy something through one of these links, we may earn an affiliate commission.