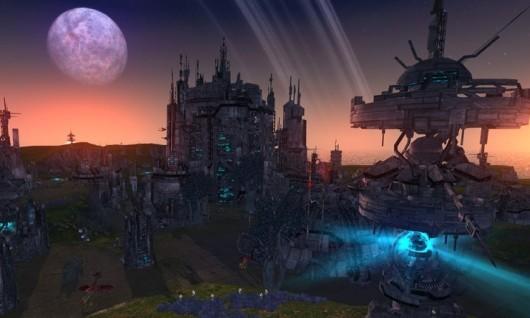 This week in Ask Massively, we're answering questions about eerily quiet games, giveaways, and capturing the spirit of classic sandboxes and The Walking Dead.

Holden asked, "Why has Perpetuum dropped off the map? I never hear about it anymore. The only time I even remember it is when I am doing searches for (more) robot/mech desktop wallpapers. Once monoclegate blew over, it was as if Perpetuum fell of the face of the earth, but it seems that it is still around from glancing at the website."

This was such a good question that we went digging for an answer before we even added it to Ask Massively. It had been a long time since we'd reported on Perpetuum because it had been a long time since Perpetuum had made a big splash in the news. Readers speculated that the game's playerbase has shrunk over the last two years, but in fact over the winter holiday, developer Avatar Creations posted a dev blog detailing plans for a newbie tutorial island intended to bolster the new player population. Hopefully Holden and other fans of the game will enjoy this "island of noobs" (Avatar's words, not mine!).

In our Inferno Legend giveaway thread from December, BalsBigBrother1 wrote, "I thought Massively giveaways had been killed ages ago?"

They had! Over two and a half years ago, in fact. There were several reasons behind our stopping giveaways and contests: budget, legalities, infrastructure, oversaturation, and sheer annoyance. But our network has overcome the problems and made giveaways something we can do again, in limited quantities and with restrictions, so you will see them on occasion on Joystiq and Massively. Interested studios should contact advertise@joystiq.com to set up any large-scale key or swag giveaways, as the writing staff doesn't handle them directly anymore -- we just bring them to readers!

Joseph wrote, Can you recommend an MMORPG that's out or coming soon that has the spirit of the old Ultima Online?

Well, that depends on what you mean by the spirit of old Ultima Online! If you mean the spirit of lawlessness, of red-named murderers roaming the countryside, of that heart-pumping feeling when you spy someone at the edge of your screen who could as easily be a friend as a foe, then Darkfall, Mortal Online, or EVE Online might suit you. You could even try modern Ultima Online on the Siege Perilous shard for an even-more-hardcore-than-old-school experience.

If you mean the spirit of an open world with a heavy focus on housing, crafting, economy, and exploration, then your options expand further with isometric games like RuneScape, Eldevin, and Ashen Empires. Ryzom and Wurm Online, though not isometric, are also crafter/explorer paradises with that old-school sandbox feel.

If it's the nostalgia of Britannia you're after, then take a look at Richard Garriott's upcoming sandbox, Shroud of the Avatar. It's not exactly the world of Ultima Online, but it's got Lord British's stamp all over it. Keep an eye on upcoming indie games like The Repopulation, Life is Feudal, and Albion Online, too; all claim to be heavily inspired by the granddaddy sandbox of our genre.

Joseph also wrote, Can you recommend an MMORPG that's out or coming that will capture the experience of being in The Walking Dead? Preferably a sandbox style survival/crafting game?

Brainssssss! Though it's not an MMO, State of Decay is easily in the lead among survival sandboxes suggested by my informal Massively team poll. DayZ, Infestation: Survivor Stories, and upcoming Nether also made our short list, which is an awful lot of zombie games, frankly. If you want to try something with less photorealism but more psychological gameplay and survival planning, there's always Die2Nite or some of the more obscure zombie games mentioned by Massively's Beau in a recent article all about our favorite undead.

I'm sure the Massively readers can add to my list -- what UO clones and zombie MMOs would you recommend to Joseph?

What should you play? Where is the MMO industry headed? How does Massively operate? Has Lord British lost his marbles? Why is the edit button on a timer? Should "monoclegate" be hyphenated? Editor-in-Chief Bree Royce submits to your interrogations right here in Ask Massively every other Thursday. Drop your questions in the comments below or ping us at ask@massively.com. Just ask!