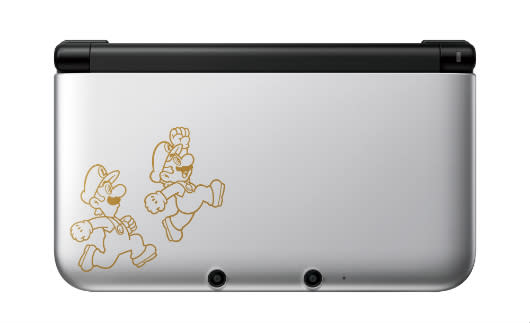 Avoiding a conversation about its other child, Nintendo announced this morning that the lifetime hardware sales for the 3DS have surpassed 11.5 million units in the US. The 3DS family includes the original system, along with 3DS XL and 2DS. The company plans to announce its third quarter earnings on January 29, which should help bring global context to the hardware sales number.

Nintendo also stated this morning it had more than 16 million software sales (both retail and digital) in 2013 for 3DS, which is a 45 percent increase from 2012. It also pointed out that two of its Nintendo 3DS games in 2013 had over a 90+ Metacrtic. Coincidentally, both of those games made our Joystiq Best of 2013: The Legend of Zelda: A Link Between Worlds and Fire Emblem Awakening.
In this article: 2ds, 3ds, 3ds-xl, fire-emblem-awakening, nintendo, sales, the-legend-of-zelda-a-link-between-worlds, us, USA
All products recommended by Engadget are selected by our editorial team, independent of our parent company. Some of our stories include affiliate links. If you buy something through one of these links, we may earn an affiliate commission.