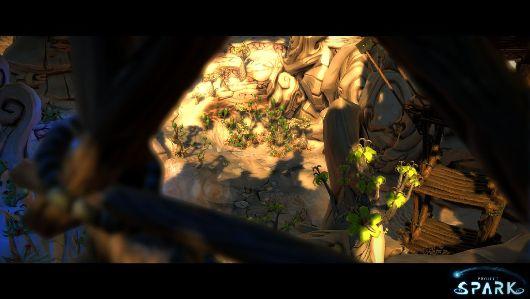 The Project Spark Xbox One beta starts in February, meaning system owners have to wait a bit longer than expected to check out the game-making game for themselves. The beta was due this month, but Microsoft Game Studios confirmed the new ETA via Facebook today.

The news comes after Microsoft sent out a whole new batch of invites to the Windows 8 beta, which has been running since December. If those beta players want to take things to the betamax, the good news is they'll also be receiving an invite to the Xbox One phase.

Project Spark looked strong in demos we saw last year, albeit in the hands of Team Dakota. At Gamescom we saw Dakota devs effortlessly create and customize beautifully rendered game worlds in a host of impressive ways, such as using Kinect motion capture to animate characters with a distinctly personal touch.

It'll certainly be interesting to how well Joe Public takes to next month's Xbox One beta, and to the full game whenever it eventually arrives on Xbox One, Xbox 360, and PC.
In this article: beta, microsoft, Microsoft-Game-Studios, project-spark, release-date, team-dakota, xbox-one
All products recommended by Engadget are selected by our editorial team, independent of our parent company. Some of our stories include affiliate links. If you buy something through one of these links, we may earn an affiliate commission.