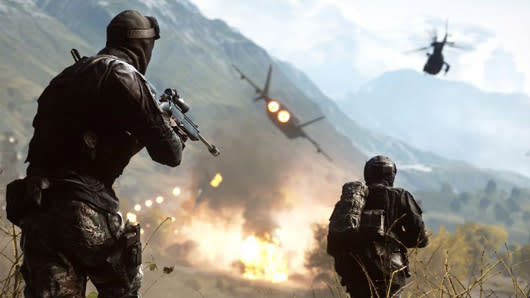 An update for the PC version of Battlefield 4 was issued this morning, bringing with it some stability, balancing and player spawning fixes. Among the more tangible differences players will notice are tweaks to the stealth jets in the game, which see a 25 percent damage increase to their cannons and some changes in their handling attributes. DICE also fixed an issue where the friendly marker didn't always show when it was supposed to, which resulted in players shooting their teammates. Looks like you're all out of excuses for shooting at your team, Doug.

Head past the break for the full update notes.

Battlefield 4 patch for PC on January 13

In this article: balance, balancing, battlefield-4, DICE, EA, Electronic-Arts, fixes, patch, pc, stability, title-update, update
All products recommended by Engadget are selected by our editorial team, independent of our parent company. Some of our stories include affiliate links. If you buy something through one of these links, we may earn an affiliate commission.