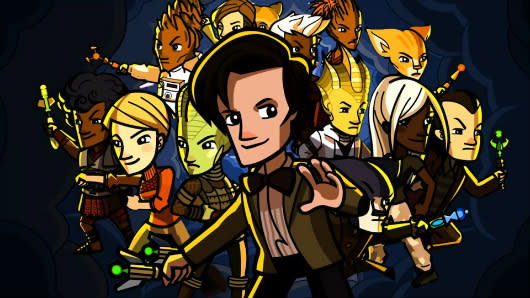 Less than two years after launching, the free-to-play Doctor Who MMO, Worlds in Time, is shutting down with no chance of regeneration. "The Worlds in Time game will cease operation on February 28th, 2014," a banner at the top of the game's site reads. Microtransactions for the game have already been suspended, MCV reports.

Developed by Sega-owned Three Rings, Doctor Who: Worlds in Time was a cartoonish adventure based on the long-running BBC series with gameplay composed mostly of mini-game puzzles. Three Rings announced the game in February 2011 and finally launched the project in March 2012.

The good Doctor lives on in games with Doctor Who Legacy, a free-to-play puzzle-RPG from Tiny Rebel Games and Seed Studio, available on iOS and Android.
In this article: BBC, Doctor-Who, Doctor-Who-Worlds-in-Time, mac, pc, Sega, Three-Rings
All products recommended by Engadget are selected by our editorial team, independent of our parent company. Some of our stories include affiliate links. If you buy something through one of these links, we may earn an affiliate commission.