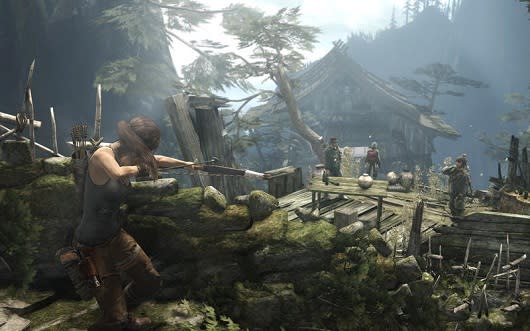 Mac owners can raid some rebooted tombs starting today, with Crystal Dynamics' 2013 edition of Tomb Raider out now on the App Store for $50. A word of warning: The App Store version doesn't feature online multiplayer, but Mac ports specialist Feral Interactive says other versions are on the way next week on January 30.

PS4 and Xbox One owners are up next on January 28, with those platforms being treated to Definitive Editions. If you're wondering what exactly makes those versions Definitive, check out the graphical improvements which include improved texturing, a more detailed Lara model, and even silkier hair graphics - because she's worth it.
In this article: app-store, Crystal-Dynamics, feral-interactive, mac, release-date, square-enix, tomb-raider-2011, tomb-raider-2012, tomb-raider-2013
All products recommended by Engadget are selected by our editorial team, independent of our parent company. Some of our stories include affiliate links. If you buy something through one of these links, we may earn an affiliate commission.