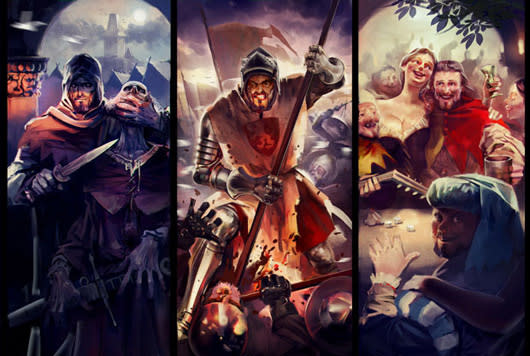 Well, that was quick. Less than 36 hours after launching on Kickstarter earlier this week, Warhorse Studios' medieval RPG Kingdom Come: Deliverance has reached its initial funding goal of £300,000 as backer support continues to roll in.

Spearheaded by Mafia 2 designer Daniel Vávra, Kingdom Come: Deliverance turned to Kickstarter in order to prove its worth to an outside investor, who had previously pledged $1.5 million toward the project. Meeting the game's Kickstarter goal ensures the investor's continued support and additional financial backing.

Kingdom Come: Deliverance is scheduled to launch in late 2015 for the Xbox One and PlayStation 4, along with PC, Mac, and Linux platforms. Warhorse Studios will announce the first of several planned stretch goals later today.
In this article: crowdfunding, kickstarter, kingdom-come-deliverance, mac, microsoft, pc, playstation, ps4, warhorse-studios, xbox-one
All products recommended by Engadget are selected by our editorial team, independent of our parent company. Some of our stories include affiliate links. If you buy something through one of these links, we may earn an affiliate commission.