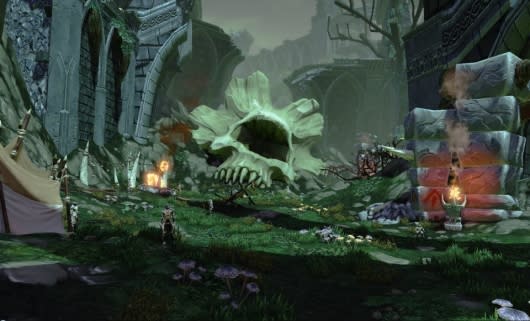 Amazingly enough, the 38 Studios saga could be wrapped up soon if lawyers and the Rhode Island government agree on a path out of the legal swamp.

The Associated Press is reporting that efforts are being made to settle the 38 Studios lawsuit out of the courts. Rhode Island's lawyer is encouraging the state senate to pass legislation allowing both sides to come to a settlement, as the remaining 38 Studios assets and resources are "being eaten up very rapidly."

The state is suing Curt Schilling and 13 others over the $75 million loan that 38 Studios defaulted on back in 2012, looking for repayment plus additional compensation for damages. If the legislation passes and a settlement is reached, then the defendants would be protected from any further claims for compensation.
In this article: 38-studios, 38-studios-lawsuit, curt-schilling, game-industry, lawsuit, legal, lincoln-chafee, mmo-industry, rhode-island, ri, settlement, suit
All products recommended by Engadget are selected by our editorial team, independent of our parent company. Some of our stories include affiliate links. If you buy something through one of these links, we may earn an affiliate commission.