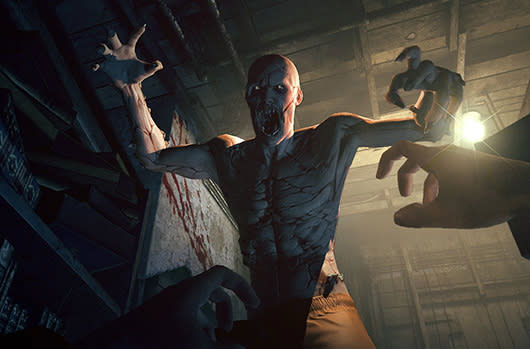 Conan O'Brien is a beloved TV personality, former Simpsons writer and an abnormally tall redhead, but most importantly, he's a beloved TV personality with a large audience, and therefore frequently receives compensation to feature certain consumer goods on his show. Goods like video games. It's a common marketing gimmick that nonetheless has caught the attention of a Recode report, which claims that "about a quarter" of the games highlighted on O'Brien's "Clueless Gamer" skit appear there due to monetary compensation.

An episode from last October prominently features Red Barrels' indie horror release Outlast. Stephanie Palermo, a senior account executive at Outlast representatives TriplePoint PR, has revealed that O'Brien's production team received $35,000 for the game's appearance, but adds that positive commentary wasn't a requirement of the deal. In fact, says Palermo, O'Brien is under no obligation to praise any of the games that pay to appear on his show.

Though this practice seems to be common, it's not a hard, fast rule. Representatives from Mojang claim to have paid nothing for Minecraft's appearance on Clueless Gamer. As Recode notes though, O'Brien's "review" of Minecraft was largely negative, particularly when compared to his praise for Outlast.

This news immediately follows the controversy over Microsoft paying YouTube users to include the Xbox One in their videos. As in that case, the reality of paid endorsements is being conflated with the more salacious concept of "pay for play." O'Brien's show accepting cash to feature games is no more shady than your favorite sitcom earning extra money every time a can of Coke is displayed on screen. That said, O'Brien's show does not mention these endorsement deals in its credits or elsewhere, claiming instead that it's understood that a comedian riffing on a game is not a proper critical review.
In this article: conan-obrien, minecraft, outlast, paid, paid-endorsement, pc, red-barrels, stephanie-palermo, TV
All products recommended by Engadget are selected by our editorial team, independent of our parent company. Some of our stories include affiliate links. If you buy something through one of these links, we may earn an affiliate commission.