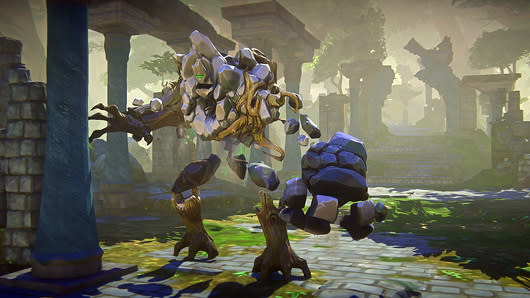 Although CEO John Smedley's Reddit AMAA last Friday was to address the closures of four SOE games, he also fielded questions about other titles. And one tidbit that Smedley slipped in was that EverQuest Next will definitely be available on the PlayStation 4, a fact that he all but assured players last November but stopped short of confirming. For those who weren't following the AMAA (or maybe lost that brief announcement in the conversation), it was also officially tweeted when the AMAA closed.
In this article: console-confirmed, eq, eq-next, eq-next-landmark, eqn, eqn-landmark, everquest, everquest-next, everquest-next-landmark, fantasy, john-smedley, landmark, playstation-4, ps4, reddit, sandbox, soe, sony-online-entertainment
All products recommended by Engadget are selected by our editorial team, independent of our parent company. Some of our stories include affiliate links. If you buy something through one of these links, we may earn an affiliate commission.