The jury deliberates in the Apple vs. Samsung case and other news from April 30, 2014

Microsoft Office apps for iPad gain printing abilities and other news from April 29, 2014 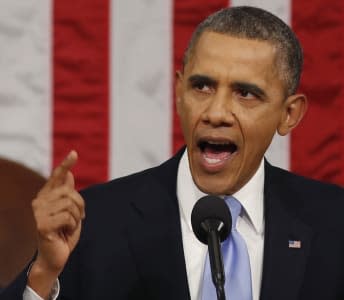 While Tim Cook was not a guest at this year's State of the Union address, President Barack Obama did single out Apple -- alongside Microsoft, Sprint and Verizon -- for helping to launch an initiative to get high-speed broadband services to nearly every student in the country.

"We've got a down payment to start connecting more than 15,000 schools and 20 million students over the next two years, without adding a dime to the deficit," Obama boasted.

Meanwhile, the Washington Post took a tongue-in-cheek look at the annual address, wondering what it would be like if it was approached the same way that Apple approaches its signature keynotes.

Other news from Tuesday afternoon includes:

Kick back and relax with these features:

In this article: news-roundup
All products recommended by Engadget are selected by our editorial team, independent of our parent company. Some of our stories include affiliate links. If you buy something through one of these links, we may earn an affiliate commission.
Share
Tweet
Share