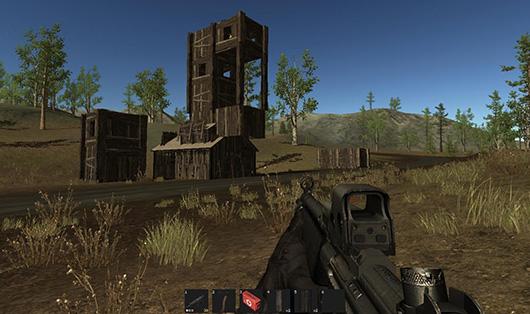 Rust, the MMO-meets-survival game from Facepunch Studios, sold 750,000 copies in a month and a half since entering Steam early access. The news is courtesy of an update from creator Garry Newman, who described the sales mark as "an amount we never even imagined selling over the game's lifetime." The PC/Mac/Linux game's success has been consistent since its launch, as it reached 250,000 players less than two weeks ago.

Newman is the developer of the ever-popular Garry's Mod, a Source engine-based physics sandbox that saw 3.5 million copies sold as of November 2013. As for how Rust compares to Newman's mod, the developer says it "already made us 2/3rds the amount of money that Garry's Mod has made in 8 years." Garry's Mod is priced at $9.99 on Steam, whereas the alpha version of Rust can be purchased for $19.99 on Steam Early Access.

Newman described Rust's success as "both a blessing and a curse," citing a "sensory overload" on the behalf of the developer from its popularity. "We see all these amazing things happening, voices from all directions, ideas, bugs, cheaters.. and we're scrambling to catch up with everything," he wrote.

In this article: alpha, early-access, facepunch-studios, garry-newman, garrys-mod, mac, mmo, pc, rust, sales, steam, steam-early-access, survival
All products recommended by Engadget are selected by our editorial team, independent of our parent company. Some of our stories include affiliate links. If you buy something through one of these links, we may earn an affiliate commission.