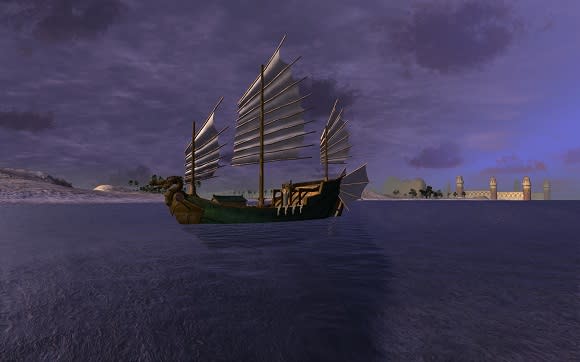 It can be easy to forget how awesome MMO players are when we're knee-deep in troll-infested comment threads, but a note from a reader named Joshua this week served as the perfect perspective-reorientation:

I was helping my brother demo and clean his father-in-law's home today and stumbled upon what appears to be a mint-condition Vanguard limited edition (collectors edition?). It looks to have all the goods, so I was wondering whether anyone at Massively would like to have it. Knowing how easy it is to get attached to these games, I figured someone would want it for sentimental reasons (I still have my DAOC boxes and books!).

I don't know whether our staff will take you up on it, but just the fact that you thought of offering it to our bereaved fans instead of making a beeline for eBay warmed my heart.

But don't get all mushy on me -- let's talk about World of Warcraft. A reader named NitroDax wanted to know whether it's worth coming back to the game at the tail end of Pandaria:

It has been two years since I last played WoW. I quit playing because of a new job that didn't allow me to raid with my guild. Now that my hours are back to normal, I'm getting the itch again. What have I missed in the past two years, and is it worth coming back for Mists of Pandaria, especially at the tail end of an expansion?

I'm in the odd position of just having returned to and departed from WoW myself. I stuck it out for a couple of months after Warlords of Draenor was announced specifically to catch my account back up so that I'd have a full stable of characters at 90 with plenty of cash, cool tmog gear, and tradeskills in prep for that impending "boy's trip" back to the future we've been promised. Returning at the end of an expansion is actually one of the best times for it, I say, especially in WoW, where the devs have a tendency to casual-friendlify the expansion's game systems to help returnees.

What can you expect? Well, don't believe the haters; Pandaria itself is a beautiful continent with top-of-the-line themepark content that's pretty quick to traverse solo and instances that are a bit easier than Cataclysm's. Two different types of don't-call-them-server-merges serve to bolster dwindling zone and city populations. The dungeon queues are packed with overgeared players looking for easy points, making runs a snap, and raiders like you can literally pick epics off the ground on the Timeless Isle to quickly gearscore up to the expectations of the raid finder, the bottom tiers of which are more or less a loot piñata that will elevate you to most raid guilds' standards.

In your downtime, consider the new battlegrounds, the highly regarded pet battle system, and the farming system, the last of which sucked up much of my time and provided me with most of my income while I was playing. If you're fond of rep grinds, you've got lots of grinding for sweet mounts and high-end recipes awaiting you (I opted out of those myself; too busy on my farm!). And don't forget the Pandaren race and Monk class. There's plenty to keep you occupied while you prep for Draenor.

This is just a quickie overview, though -- as always, I highly recommend the writings of our sister site WoW Insider. In fact, its staff just put out a guide on this very topic.

I realize that most MMORPGs are region locked for various reasons. I have some friends in various countries (mostly Asian countries including Vietnam and Japan). Lately some of us have been looking for things to do online. With the suggestion of MMORPGs on the table, what games will work worldwide? The only one I know of off the top of my head is the Final Fantasy MMOs. Any suggestions?

Man I hate region-locks so much, almost as much as I hate region-blocks. My guild has a large number of Europeans, and every MMO launch sees some of our members buying extra boxes and futzing with PayPal and game keys just to help overseas guildies play on the same damn servers as the rest of us. Here's a short list of the ones I know will work for you without too much fuss (and better yet, without IP-blocking), just off the top of my head (and in addition to Square's titles):But even still, most of these come with caveats (like lag!). Readers, can you guys think of any others?

What should you play? Where is the MMO industry headed? How does Massively operate? Has Lord British lost his marbles? Why is the edit button on a timer? Should "monoclegate" be hyphenated? Editor-in-Chief Bree Royce submits to your interrogations right here in Ask Massively every other Thursday. Drop your questions in the comments below or ping us at ask@massively.com. Just ask!
In this article: advice, advice-column, ask-massively, brianna-royce-ask-massively, expansion, featured, generosity, humor, massively-meta, meta, mists-of-pandaria, mop, opinion, region-lock, region-locking, returning-players, returning-to-wow, vanguard-ce, vanguard-collectors-edition, World-of-Warcraft, wow
All products recommended by Engadget are selected by our editorial team, independent of our parent company. Some of our stories include affiliate links. If you buy something through one of these links, we may earn an affiliate commission.