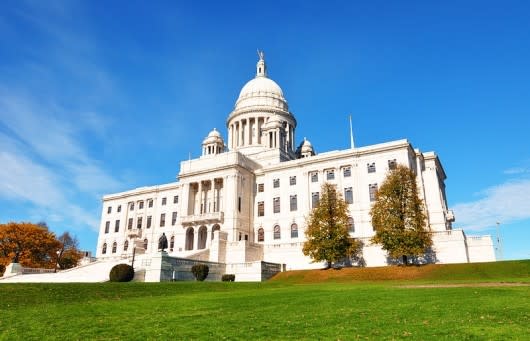 Following successful votes in the Rhode Island Senate and House of Representatives, a bill designed to help settle the 38 Studios fiasco was signed into law by Governor Lincoln Chafee yesterday.

Lawmakers hope that the bill will encourage settlements by shielding defendants from further litigation. Involved parties say that this bill will pave the way to recover as much as possible of the $90 million that Rhode Island is responsible for paying following the defaulted loan to 38 Studios.
In this article: 38-studios, 38-studios-lawsuit, curt-schilling, game-industry, lawsuit, legal, lincoln-chafee, mmo-industry, rhode-island, ri, settlement, suit
All products recommended by Engadget are selected by our editorial team, independent of our parent company. Some of our stories include affiliate links. If you buy something through one of these links, we may earn an affiliate commission.