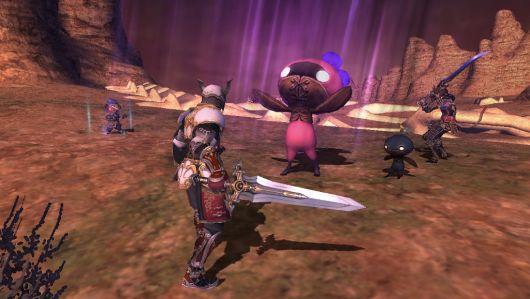 Final Fantasy XI, despite being over a decade old, is receiving a rather substantial update today that will introduce a plethora of new content for players to enjoy, including new missions, quests, monsters, synthesis recipes, and even a new zone. Adventurers of Vana'diel will be able to put their skills to the test by participating in new Seekers of Adoulin missions and exploring the new zone of Outer Ra'Kaznar. Players who prefer to go it alone are also in for a treat, as the update also adds a selection of new alter egos to the Trust Initiative, providing a wider array of summonable NPCs with whom to adventure.

In addition, Geomancers and Rune Fencers will now be able to undertake a series of quests that reward "relic-equivalent" equipment for those classes, and those already in possession of relic equipment can now reforge said relics to different item levels. On top of the new content, the update also brings a number of adjustments to existing game systems, including some rebalancing for the Puppetmaster, Dancer, and Rune Fencer classes and -- notably -- a major reduction in the amount of experience players lose upon death. That's only a small taste of the various additions and adjustments the latest update brings, but if you want every last detail, the full change log is available on the official FFXI forums at the link below.
In this article: enix, ffxi, final-fantasy, final-fantasy-xi, patch, patches, square, square-enix, squenix, update, updates, version-update
All products recommended by Engadget are selected by our editorial team, independent of our parent company. Some of our stories include affiliate links. If you buy something through one of these links, we may earn an affiliate commission.