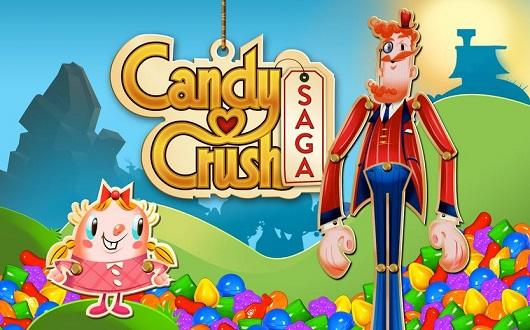 King requested abandonment of its broad trademark on February 24, following a recent opposition statement from the International Game Developers Association. King's trademark was approved for publication in January.

"Our IP is constantly being infringed and we have to enforce our rights and to protect our players from confusion," a King representative stated following the trademark's publication approval.

The trademark application's complete history is documented under the "Prosecution History" subheading here at the United States Patent and Trademark Office website. King's related attempt to trademark the word "saga" remains under suspension.

[Update: A King spokesperson clarified the company's decision. "King has withdrawn its trademark application for Candy in the U.S., which we applied for in February 2013 before we acquired the early rights to Candy Crusher," the spokesperson said. "Each market that King operates in is different with regard to IP. We feel that having the rights to Candy Crusher is the best option for protecting Candy Crush in the U.S. market. This does not affect our E.U. trademark for Candy and we continue to take all appropriate steps to protect our IP."]

[Image: King]
In this article: android, candy-crush, candy-crush-saga, ios, ipad, iphone, king, legal, mobile, trademark
All products recommended by Engadget are selected by our editorial team, independent of our parent company. Some of our stories include affiliate links. If you buy something through one of these links, we may earn an affiliate commission.