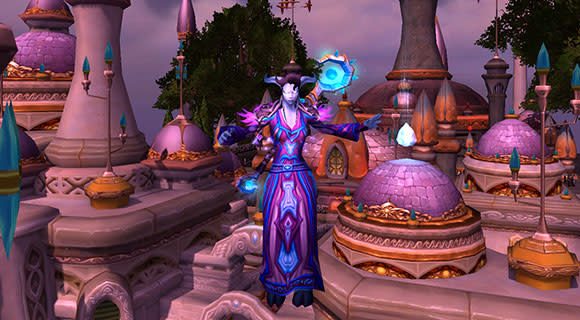 The twitter account of Chadd Nervig (better known as Celestalon) has become one of my favorites due to his willingness to talk about the various aspects of class design. One that he brought up recently was the difficulty of naming new abilities. His point about spell names needing to fill many different needs is pretty interesting, I think. While discussing this, a specific example popped up that seemed very worth mentioning here.

This sounds like a lot of new talents, not just to name, but in general. Twelve are entirely new, and another seven are either existing spells or old spells changed into talents or major revamps of talents. Frankly, I'm a little envious -- I wish Warriors were getting this kind of change.

Edited to add: Celestalon mentioned in a tweet that there are 28 mage talents in all, not 21, because some are spec specific, so the number of 12 above ends up being not quite half.
In this article: Celestalon, class-design, mages, twitter
All products recommended by Engadget are selected by our editorial team, independent of our parent company. Some of our stories include affiliate links. If you buy something through one of these links, we may earn an affiliate commission.