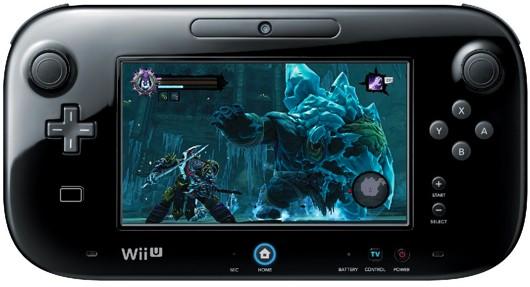 After nearly a year's absence, Nordic Games brought Darksiders 2 back to the European Wii U eShop. The game was removed from the eShop at the end of March 2013 following the back catalog auction of THQ's properties, the result of the publisher's closure.

Nordic Games spent $4.9 million to acquire the Darksiders series from THQ, and said in June 2013 that it wanted to find a developer for the series and do right by it. Darksiders 2 was a day-one launch title for Wii U that included off-screen play and DLC on the disc from the game's PC, Xbox 360 and PS3 versions.
[Image: Nordic Games]
Show full PR text
Darksiders II available now via Nintendo's European eShop


Vienna, AUSTRIA (February 27th 2014) – Yes, they do still exist: amazing games for the WiiU! Nordic Games announced today the highly acclaimed Darksiders II has found its way back onto the European Nintendo eShop, after almost one year's absence.


Alarmed by the end of days, Death, the most feared of the Four Horsemen of the Apocalypse, embarks on a quest to save humanity and to clear his brother War's name. On his journey, Death discovers that there are evils even more terrible than an earthly apocalypse, and is quickly drawn into a war between powers that could destroy all of creation...

The fantastic action-adventure based around the campaign of the Horseman of the Apocalypse, Death, has delighted critics and gamers alike. With an average rating of 85 (according to Metacritic.com), Darksiders II is one of the most highly rated WiiU games ever. In addition to Death's main adventure, the DLC add-ons "Argul's Tomb", "Death Rides", "Angel of Death", "Shadow of Death" and "Deadly Despair" are also included in the newly re-released version of the game.
In this article: darksiders-2, eShop, europe, nintendo, nordic-games, THQ, vigil-games, wii-u, wii-u-eshop
All products recommended by Engadget are selected by our editorial team, independent of our parent company. Some of our stories include affiliate links. If you buy something through one of these links, we may earn an affiliate commission.