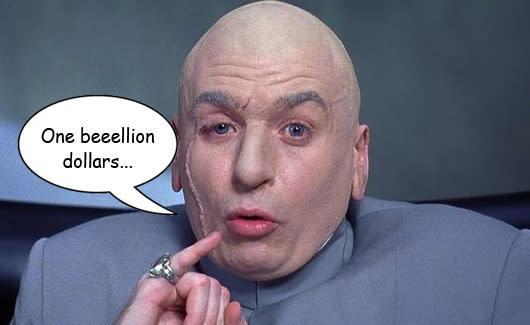 How much money have Kickstarter projects made since the service's April 2009 inception? That's right, over $1 billion-with-a-B dollars. MCV reports that US citizens lead the way with over $663 million in pledges, followed by backers in the UK, Canada, Australia, and Germany.

While Kickstarter isn't restricted to gaming drives, they do lead the way in terms of total funding with over $215 million in pledges as of press time.
In this article: business-models, crowdfunding, kickstarter, kickstarter-1-billion, kickstarter-one-billion, kickstarter-tops-1-billion
All products recommended by Engadget are selected by our editorial team, independent of our parent company. Some of our stories include affiliate links. If you buy something through one of these links, we may earn an affiliate commission.