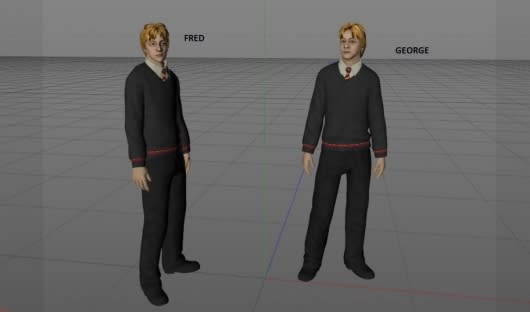 Well, that was fast, if inevitable. A tipster named Mike let us know that according to an email blast just sent out to fans, developer Bio-Hazard Entertainment is putting the unauthorized-but-hopeful Harry Potter Online MMO on hold indefinitely. Statements on the official site seem to confirm the halt to the project, albeit obliquely:

It hurts us all:( our hearts are broken and torn. Bio-Hazard Entertainment and all its team love every single one of you loyal wizards and thank you for everything you have done. Sometimes people just like to ruin things for others. As loyal HP fans we all stand strong and united! Please remember here at BHE we love you all and you are the greatest fans we could have asked for! BHE site coming soon so you can join us in all our productions!

The team is discussing using what they have made and making their own MMO based off of what you guys have suggested, except not HP related. But lets all unite together and show WB that this is needed! WIZARDS UNITE!

[Thanks, Mike!]
In this article: bhe, bio-hazard, bio-hazard-entertainment, harry-potter, harry-potter-mmo, harry-potter-online
All products recommended by Engadget are selected by our editorial team, independent of our parent company. Some of our stories include affiliate links. If you buy something through one of these links, we may earn an affiliate commission.