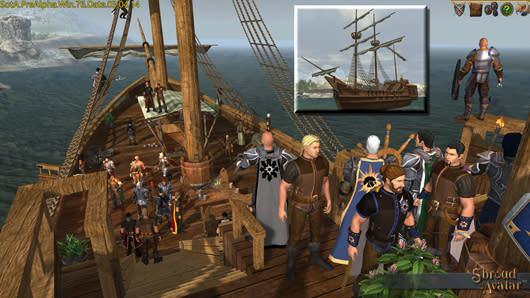 The 63rd edition of Shroud of the Avatar's Update of the Avatar is a biggun. It covers topics ranging from upcoming events to the latest chapter of the Blade of the Avatar novel to current dev thinking on various game mechanics.

One of those mechanics is PvP, and executive producer Starr Long's treatise touches on the fact that the team wants to a) have PvP, b) have PvP that isn't segregated via dedicated servers, and c) avoid forcing PvP on the "large segment of the community" that doesn't want it. Some of his proposals include PvP zones, duels, and guild warfare.

Click through the links below to read more details.
In this article: avatar, consensual-pvp, crowdfunding, fantasy, kickstarter, lord-british, pve, PvP, richard-garriott, shroud, shroud-of-the-avatar, shroud-of-the-avatar-pvp, SOTA, starr-long, update-of-the-avatar
All products recommended by Engadget are selected by our editorial team, independent of our parent company. Some of our stories include affiliate links. If you buy something through one of these links, we may earn an affiliate commission.