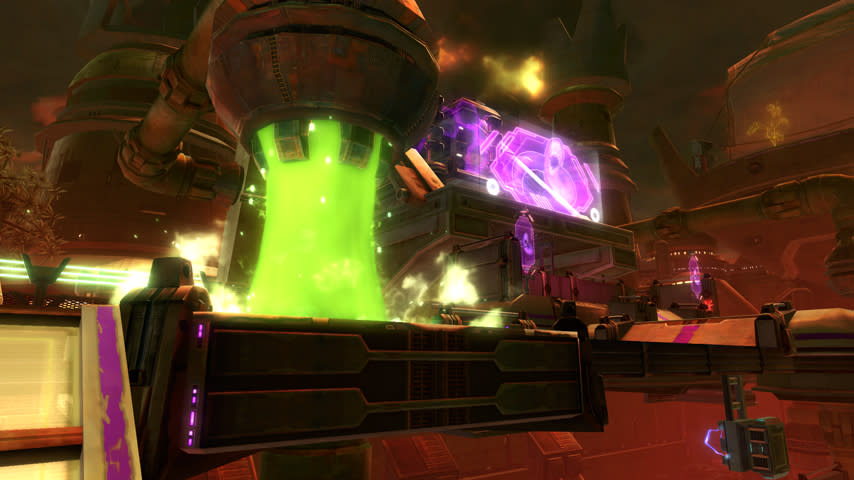 The Star Wars: The Old Republic site has today updated with a dev blog penned by Associate Designer Alex Modny, who outlines the new Huttball mode coming with update 2.7. The pit is located on Quesh and features more traps and a more vertical layout than the pit on Nar Shaddaa:

Where the original Huttball Pit was setup in a rectangle with the end zones at each of the longer ends, the Quesh Pit is setup more as an upside down pyramid with the Huttball stand at the apex and the end zones at the base. [...] Toxic sludge pipes will rain down acidic pain upon anyone unlucky enough to get caught in the downpour. In addition to dealing damage, the toxic sludge also slows down its victims as the goo sticks to their booties!

The new map also incorporates "magnetic grapple blaster tables," which allow players not carrying the Huttball to scale the structure and gain access to its second level.
In this article: bioware, dev-blog, ea, electronic-arts, f2p, free-to-play, huttball, lucasarts, sci-fi, star-wars, star-wars-the-old-republic, swtor, the-old-republic, tor
All products recommended by Engadget are selected by our editorial team, independent of our parent company. Some of our stories include affiliate links. If you buy something through one of these links, we may earn an affiliate commission.