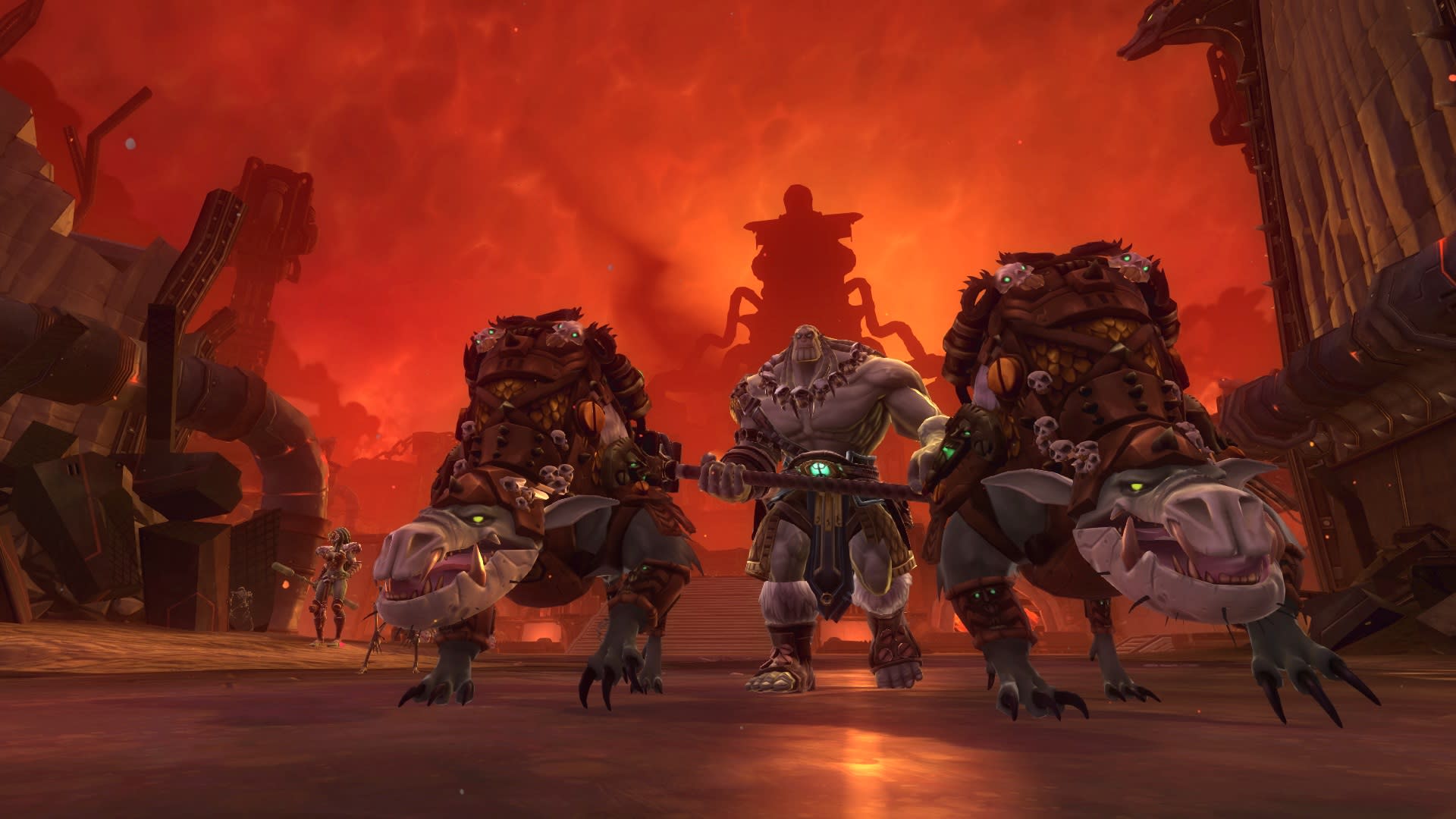 For those who like endgame PvE content, Carbine's upcoming MMO WildStar is hoping provide not just lots to consume but a variety of ways to consume it. I'm no longer the type of gamer who has to race to max level, and fortunately for me, WildStar plans to give us that "raid feeling" even while we're leveling via adventures and shiphand missions and world bosses and even public quests. But there's much more to PvE than that. At last week's press event, I sat down with Lead Combat Designer Chris Lynch and Lead Dungeons and Raids Designer Brett Scheinert to talk about endgame and PvE in the next big themepark. Starting at level 15, there will be either an adventure or a dungeon roughly every five levels. Dungeons are classic 5-man encounters, four of them available as you level up and one reserved for level 50s. The earlier dungeons will progress from three to four bosses apiece, culminating in five bosses and seven minibosses in the level 50 dungeon, Sanctuary of the Swordmaiden. Additionally, those first four dungeons have veteran versions that are retuned for level 50s and come with fresh mechanics not on display in the lowbie versions. Overall, expect eight veteran-level encounters, and plan on taking 30-45 minutes to clear the low-level dungeons and 75-90 minutes for the veteran versions. WildStar is launching with two raids: Genetic Archives is a 20-man instance, while Datascape is a 40-man raid available only once you've cleared Genetic Archives. Once your raid group has the fights down, Genetic Archives will take you 3-5 hours. Datascape will consume 4-6 hours. Both raids have one-week lockout timers. Regarding gear progression, Scheinert told me that "as you progress through the content, the gear gets better, and the creatures get more difficult to stay in line with that." As he put it, "This is where we expect players to be, so this is where we want itemization to get players to so that we can create challenges as you go [through] the content but can also [ensure] the gear has meaningful upgrades."

So why did Carbine choose 20- and 40-man raids? "We specifically picked numbers that were an exact multiple," Scheinert explained. "Our 40-man raid follows our 20-man raid, so we wanted guilds and alliances that have A and B teams to be working with each other, not be competitive against each other." Likewise, Chris Lynch mentioned that as you progress through endgame content, everything is scaled, including the difficulty, gear drops, and resources your team will need to down the next set of bosses. Carbine doesn't want you to go from needing three tanks to eight tanks and back to three tanks again because that wouldn't allow guilds to recruit the needed tanks properly.

WildStar's raid bosses have an intriguing mechanic called Interrupt Armor, which allows you to stun or interrupt the spell of a boss when you work cooperatively with your groupmates. "We wanted you to have your crowd control abilities still be useful in raid encounters," Lynch told me, "so when you do work together to interrupt, there's a 'moment of opportunity' that is very beneficial to the raid because the creature is stunned and takes additional damage." There might be a scenario where a boss requires you to crowd control it, at which point a raid participant or two can re-work her limited action sets to include more CC abilities. Such a player might heal or DPS less but would be instrumental in the success of the raid.

Lynch also discussed how the telegraph system is incorporated into raids:

With our raids, we've tried to push the telegraph system as far as we could with as many interesting, crazy things as we can because [telegraphs] offer such clear messaging with raid encounters. For gamers, lots of times in games it can be so confusing to be like, 'What killed me?' We want to make it very clear that there is spectacular failure and spectacular success.

And what about concerns over class favoritism and lopsided desirability thanks to certain encounter designs? Lynch assured me that Carbine is testing that thoroughly: "We actually go through each encounter to see what everyone could be doing -- ranged DPS, melee DPS, heals, tanks, etc. -- and make sure that each role has something interesting to do and that this changes throughout the encounter."

When readers want the scoop on a launch or a patch (or even a brewing fiasco), Massively goes right to the source to interview the developers themselves. Be they John Smedley or Chris Roberts or anyone in between, we ask the devs the hard questions. Of course, whether they tell us the truth or not is up to them!
In this article: beta, beta-test, beta-testing, brett-scheinert, carbine, carbine-studios, chris-lynch, dungeon, dungeons, featured, half-feature, hands-on, interview, interviews, ncsoft, preview, previews, raid, raiding, raids, sandpark, sci-fantasy, sci-fi, testing, wildstar, ws
All products recommended by Engadget are selected by our editorial team, independent of our parent company. Some of our stories include affiliate links. If you buy something through one of these links, we may earn an affiliate commission.