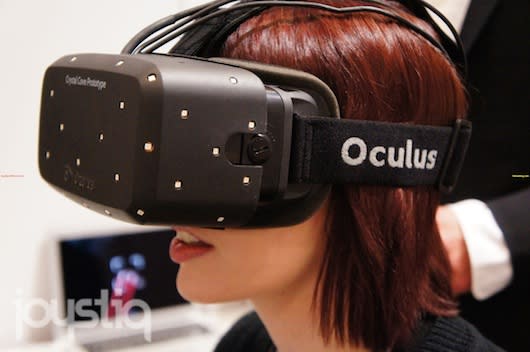 Does worrying about the viability of virtual-reality enhanced gaming keep you up at night? Of course it does! You're probably wasting your time fretting about it though, because several companies, including Oculus VR, Electronic Arts and ... printer manufacturer Epson, have formed the Immersive Technology Alliance. It's like a Justice League for VR, except they're focused on the technology's sustainability instead of trying to scrape together ways to justify Aquaman's involvement.

In the press release announcing the Alliance's formation, the group's goal is said to focus on building a "vibrant and diverse industry that content makers can support on a wide scale." The Alliance recognizes that in order to this, they'll need to gather "commercial success, industry diversity, great content, compatibility, and a growing consumer base through joint education and outreach."

The group will host a mixer on March 20 during GDC 2014, presumably in a secret cave under the depths of San Francisco. Except ... San Francisco is about 50 feet above sea level. Well, they could always check into renting out the Avengers' Helicarrier.
[Image: Joystiq]
In this article: ea, gdc, immersive-technology-alliance, oculus-rift, secret-caves, Virtual-Reality, vr
All products recommended by Engadget are selected by our editorial team, independent of our parent company. Some of our stories include affiliate links. If you buy something through one of these links, we may earn an affiliate commission.