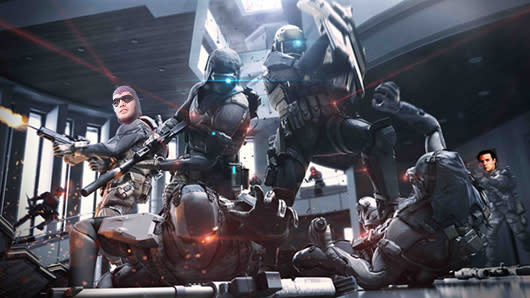 The online-only, free-to-play shooter Ghost Recon Online has ditched its redundant subtitle for something a little more bomb, yo. Ghost Recon: Phantoms will launch on PC via Steam in April, publisher Ubisoft has announced.

"With all the changes the game has undergone since its conception, the team felt it deserved a 'fresh identity," Producer Corey Facteau explained in a Q&A post. Its arrival in April as Phantoms will end the game's 21-month-long beta phase, add new visual flair and continue the franchise's showcase of "a realistic depiction of tomorrow's battlefield."

Along with its new level design and lighting, Tom Clancy's Ghost Recon: Phantoms also features new character classes, fresh gear, and plans for "even more" additional content following its official launch next month.
[Images: Ubisoft, Dean Koontz, Paramount Pictures, Our Hearts]
In this article: ghost-recon-online, Ghost-Recon-Phantoms, pc, Release-Date, Steam, Ubisoft, Ubisoft-Singapore
All products recommended by Engadget are selected by our editorial team, independent of our parent company. Some of our stories include affiliate links. If you buy something through one of these links, we may earn an affiliate commission.