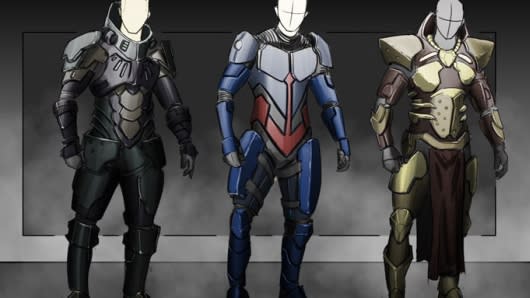 When a Kickstarted game clears its goals, you kind of expect to see more results from the team. But City of Titans has been quiet except for concept art. Why is that? Why haven't we seen more development shots? What's the Missing Worlds Media team doing? As it turns out, it's because the graphics of the game are going to get even better than what we've seen before -- the game is moving over in development to the Unreal 4 engine.

The team has been under NDA regarding the engine, but development has been moving assets over from Unreal 3 to the current version. Unreal 4 will allow the team to put in animated costume parts, capes, hair, fluid, and so forth with greater ease and more flexibility. Missing Worlds Media promises that there will be more updates next week from the technology team, hopefully showing off more of what the game's new underlying graphics core is capable of.

[Thanks to Byron and Celestial Lord for the tip!]

In this article: city-of-heroes, city-of-titans, coh, cot, crowdfunding, development, development-updates, engine, graphics-engine, indie, kickstarter, missing-worlds, missing-worlds-media, news, news-items, preview, superhero, superheroes, unreal-3, unreal-4
All products recommended by Engadget are selected by our editorial team, independent of our parent company. Some of our stories include affiliate links. If you buy something through one of these links, we may earn an affiliate commission.