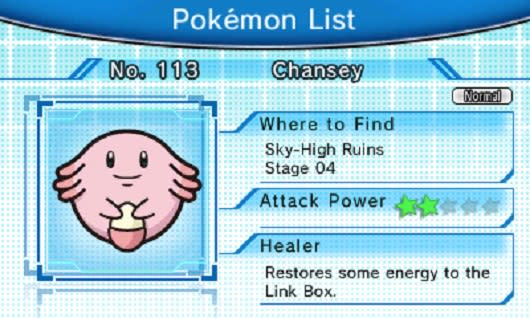 This week's headline new release is Pokemon Battle Trozei, a game that mixes the series' trademark critter-battling with one of gaming's most prolific genres, the match-3 puzzler. If you've caught 'em all in Pokemon X/Y, you can get reacquainted with every known Pokemon in Battle Trozei - at last count, there were 7,543,207 known species of Pokemon. So it might take you a while.

Moving on, games are always finding new ways to enliven the art of fishing, and Yumi's Odd Odyssey tries it by mixing the pastime with platforming. Yumi breaks all kinds of fishing etiquette in the 3DS game, from using her line to swing and catapult over gaps to beating up all kinds of piscine enemies. She's a fishing renegade, that Yumi.

There are a few new sales and offers to close things out: Renegade Kid has a 30 percent sale on select 3DS games including Mutant Mudds, ATV Wild Ride 3D and Bomb Monkey, while Nordic Games is discounting some of its Wii U games including Jeapordy and Wheel of Fortune. Finally, Nintendo is offering free access to all of Wii Sports Club between March 21 9AM PT and midnight PT on March 23.

As ever, we've got this week's full list of new releases after the break.

3DS
[Image: Nintendo]
In this article: 3ds, eShop, hello-kitty-kruisers, nintendo, nintendoware-weekly, pokemon-battle-trozei, pure-chess, volleyball, wii-u, yumis-odd-odyssey
All products recommended by Engadget are selected by our editorial team, independent of our parent company. Some of our stories include affiliate links. If you buy something through one of these links, we may earn an affiliate commission.