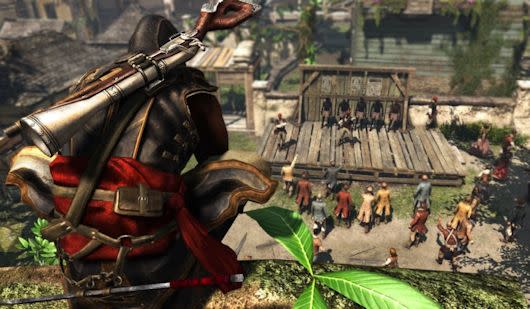 Though the game is a bit out of our wheelhouse, Massively reader WNxArcticwolf tipped us off to a GDC talk this week about Assassin's Creed: Freedom Cry, in which the developers argued that games no longer have to be fun. Admittedly, the developers are were attempting to justify confronting players with hard choices and uncomfortable situations via the plot, but the brazenness of the statement struck me over here in MMOland too. How many MMOs actually promise us fun when they're rattling off their feature lists? They'll promise grinds and raids and PvP, but as players, we process those things as achievements and challenges, as activities that were satisfying to have done, not fun to do. In fact, fun is almost seen as a dirty word, something casuals might seek.

Do you actually expect MMOs to be a fun experience, or are we playing for something else entirely?

Every morning, the Massively bloggers probe the minds of their readers with deep, thought-provoking questions about that most serious of topics: massively online gaming. We crave your opinions, so grab your caffeinated beverage of choice and chime in on today's Daily Grind!
In this article: Assassins-Creed, brianna-royce-tdg, daily-grind, fun, gdc, opinion, tdg, the-daily-grind
All products recommended by Engadget are selected by our editorial team, independent of our parent company. Some of our stories include affiliate links. If you buy something through one of these links, we may earn an affiliate commission.