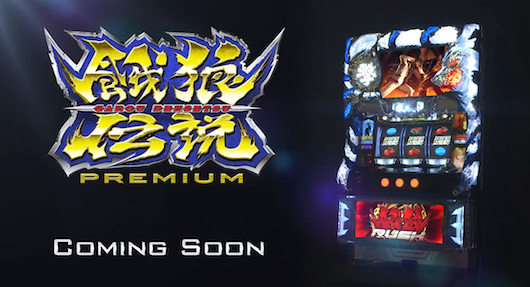 It's probably pretty rough for SNK Playmore fans to see the "Fatal Fury" and "Samurai Showdown" names in the same sentence as "pachislot," a type of Japanese slot machine. Neither of the classic fighting series have seen a fresh installment since the '90s; ports and anthology collections are the most recent ways to get doses of the 2D fighters. Nevertheless, SNK Playmore has licensed both properties for pachislot games called Fatal Fury PREMIUM and Samurai Spirits: Kengou. These machines come with extravagant trailers, which sort of help us imagine what modern installments of either fighter would look like.

Fatal Fury and Samurai Showdown fans can probably find support from the Breath of Fire or Star Ocean communities, which haven't been getting the announcements they've been hoping for either. But hey, at least overall interest for these series wasn't measured with sales of a port like Darkstalkers Resurrection.
[Image: SNK Playmore]
In this article: fatal-fury, pachislot, samurai-shodown, slot-machine
All products recommended by Engadget are selected by our editorial team, independent of our parent company. Some of our stories include affiliate links. If you buy something through one of these links, we may earn an affiliate commission.