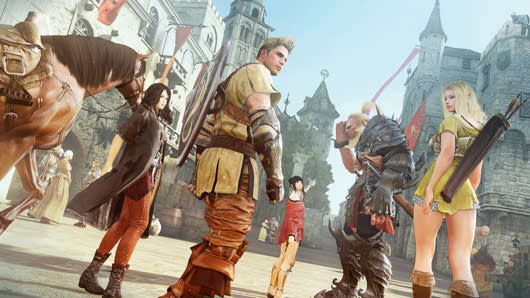 Last month we learned about Black Desert's formation-based combat gameplay. While it sounds slick and -- dare we say it -- innovative, it was greeted with a healthy amount of skepticism by Massively commenters.

To recap, Black Desert eschews traditional trinity roles for combat formations. For example, a group that arranges itself in a circle will boast higher defenses while a straight-line formation will boost the DPS of the lead avatar. If you're still not convinced, well, that's probably why Pearl Abyss has released a new party-based gameplay trailer. Give it a look-see after the break!