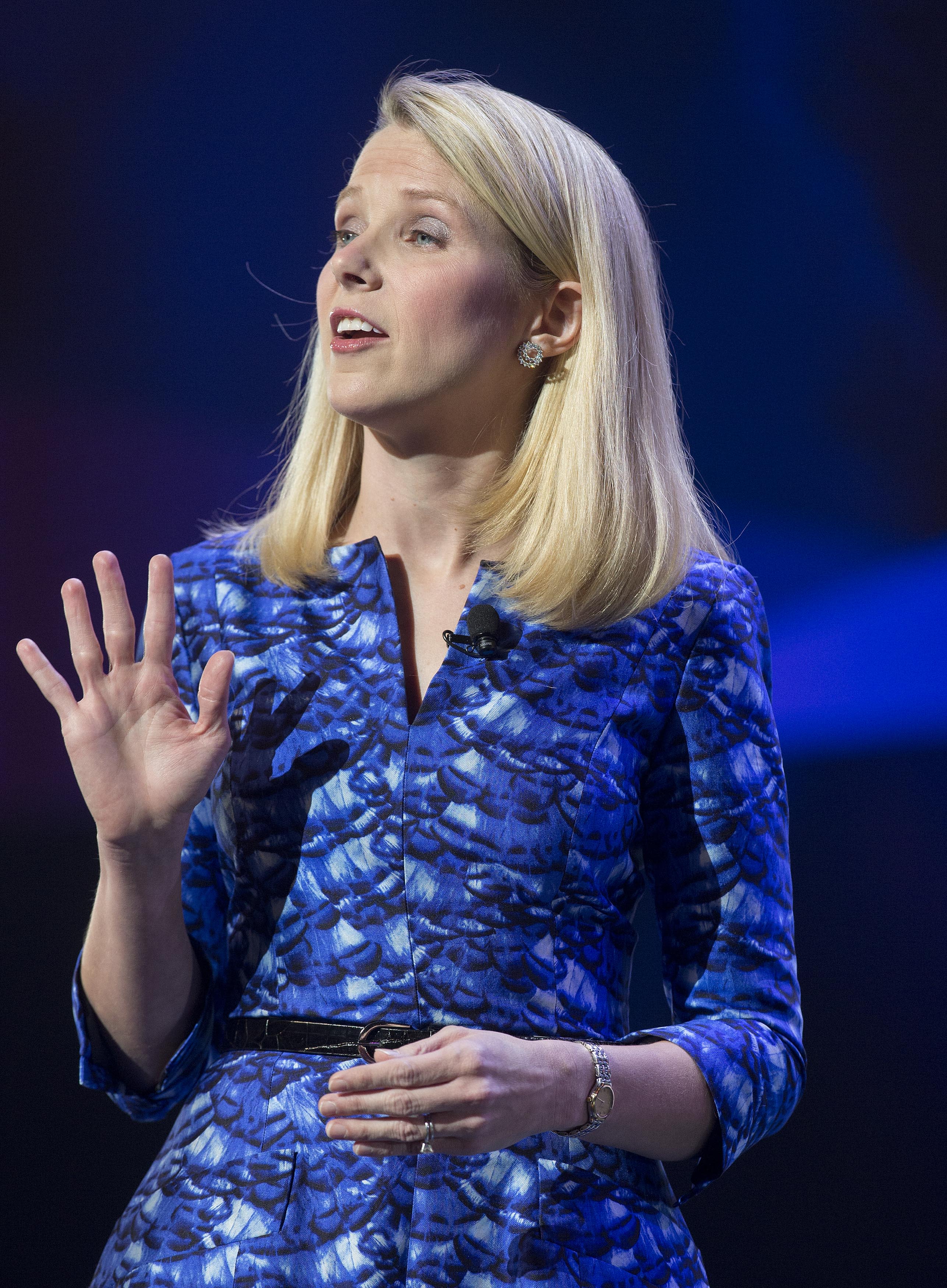 Kara Swisher of Re/code yesterday published a story claiming that Yahoo CEO Marissa Mayer is working hard to hopefully convince Apple that it should replace Google as the default search engine in iOS with, wait for it... Yahoo.

A number of Yahoo insiders I have talked to said her plan to pitch Apple on the idea as its marquee mobile search partner is far along. The company has prepared detailed decks, including images of what such a search product would look like, and hopes to present them to Apple execs.

That has not happened as yet officially and no deal is imminent - it's just the big honking goal of the new Yahoo effort, said sources. Still, several said Mayer has already buttonholed a few Apple executives on the topic, including its powerful SVP of design, Jony Ive, who knows the former Google exec well.

Now Kara Swisher certainly has a reputable track record when it comes Yahoo-related scoops, and while Marissa Mayer may in fact have grand hopes to make Yahoo a much more integral part of the iOS experience, one shouldn't expect Apple to be swayed by Yahoo's slide decks, no matter how detailed or intriguing they might be.

As for why, Danny Sullivan over at Search Engine Land recently posted an extremely informative article articulating the myriad of roadblocks which make a Yahoo/Apple deal extremely unlikely.

For starters, Sullivan writes that Yahoo by itself doesn't boast any unique search technologies that would enable it to ably replace Google without end users noticing a difference in search results. Indeed, Yahoo search is currently powered by Microsoft Bing.

In the years since Yahoo last did search, the amount of information to comb through on the web has increased - meaning much more noise to draw signal from. Meanwhile, potential employees serious about web search have long ago decamped to Google and Bing. Both those companies have huge teams involved in running mature search operations. Despite some Yahoo hires, there's been no signs the company is drawing anywhere near the staffing that Google or Bing has.

So what about Bing itself? Of course, if Apple goes that route, why not work with Microsoft directly instead of providing users with Bing results dressed up in Yahoo clothing?

But over and above that, there's no getting around the fact that Google search remains an unrivaled service. To that end, Sullivan recalls the backlash Apple -- as a company that espouses a first-rate user experience -- received following the less than stellar rollouts of Siri and Apple Maps. Why would Apple, the reasoning goes, make such a drastic and potentially detrimental move as it pertains to mobile search?

Sure, opting for Yahoo would undoubtedly upset Google, but one would hope that Apple's unyielding goal to provide a top-notch user experience would trump the company's current misgivings about Google in particular and Android in general.

As a final point, and this can't be stressed enough, search done well is hard, hard work. This quote from Quora founder Adam D'Angelo is worth noting:

Because search is so profitable, Google and Microsoft have invested huge amounts of money on developing the best possible search engine. They have hired tons of smart people and directed them at the problem, they put a million computers on the task, and they created all kinds of special-cased services (maps, news search, image search, Google Scholar, etc.) The space has gotten so competitive as a result of the profitability that search engines pay computer manufacturers dollars per computer for them to set the default search engine for every new computer they ship. Likewise, there are deals with all the browser makers.

With no evidence that Yahoo has been engaging in search algorithm technologies, it just doesn't seem to jibe that Apple would abandon Google for anything other than Bing. There's much more to digest on this topic in Sullivan's full article. It's well worth checking out.

In this article: bing, search, search engines, Yahoo
All products recommended by Engadget are selected by our editorial team, independent of our parent company. Some of our stories include affiliate links. If you buy something through one of these links, we may earn an affiliate commission.