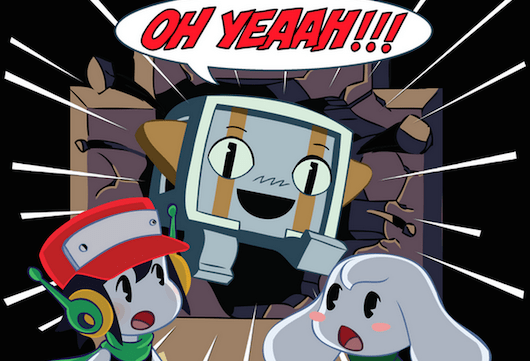 European 3DS owners are still waiting for 2D action adventurer Cave Story to reach their 3DS eShop? Oh no, oh no, oh no! Nah, just kidding, it'll be okay - Nicalis tweeted a May 1 release date for the European eShop this week, along with the above homage to a conceptually-terrifying drink mascot. A price was not provided, though Nicalis told a fan that exact details should be available sometime next week.

Nicalis also confirmed that Cave Story will eventually make it to the Australian 3DS eShop, though a release window was not shared for that version. Still, eventual Cave Story is better than no Cave Story.
In this article: 3ds, cave-story, eshop, europe, nicalis, nintendo, release-date
All products recommended by Engadget are selected by our editorial team, independent of our parent company. Some of our stories include affiliate links. If you buy something through one of these links, we may earn an affiliate commission.