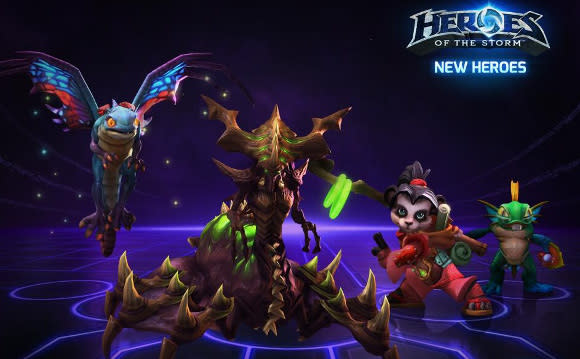 Blizzard has a troubled history with releases in China, but that isn't stopping them from bringing Heroes of the Storm to Chinese shores in partnership with NetEase. Currently, NetEase operates three Blizzard titles in China -- World of Warcraft, StarCraft II, and Hearthstone -- as well as Battle.net services. Heroes will face stiff competition from already established MOBA titles like League of Legends, but the popularity of Blizzard characters and properties on Chinese shores definitely suggests the game has star potential.

Heroes is currently in technical alpha, and the announcement gives no hint of a release date, domestic or international. But while waiting for release, interested parties can visit Heroes of the Storm's Chinese website for more info or sign up for the beta on Battle.net.
In this article: china, heroes-of-the-storm, heroes-of-the-storm-china, netease
All products recommended by Engadget are selected by our editorial team, independent of our parent company. Some of our stories include affiliate links. If you buy something through one of these links, we may earn an affiliate commission.