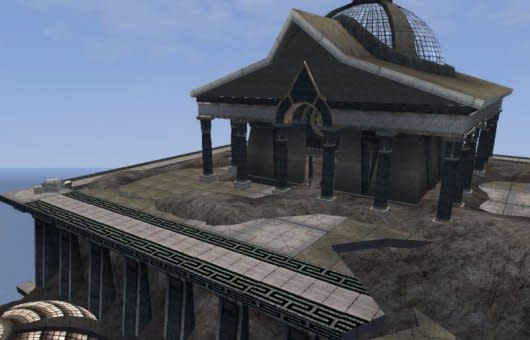 Broadsword Online continues its push to revitalize the veteran games it took over from EA earlier this year, including Dark Age of Camelot. The studio recently released yet another question-and-answer session with players, this time focusing on the new New Frontiers patch and ending with a soaring explanation of what makes the game so great after a dozen years. Some of the highlights:Finally, there's a note that the game will ultimately benefit from in-game polling systems as opposed to relying on feedback from just the vocal minority of players. "You will be heard. Count on it," Broadsword promises.
In this article: bioware, broadsword, broadsword-online-games, camelot, classic-mmo, daoc, dark-age-of-camelot, dev-blog, dev-blogs, dev-diaries, dev-diary, dev-post, dev-posts, developer-blog, developer-blogs, developer-diaries, developer-diary, developer-post, developer-posts, ea, electronic-arts, fantasy, mythic, mythic-entertainment, mythology, new-frontiers, new-frontiers-patch, new-frontiers-update, pvp, rvr
All products recommended by Engadget are selected by our editorial team, independent of our parent company. Some of our stories include affiliate links. If you buy something through one of these links, we may earn an affiliate commission.