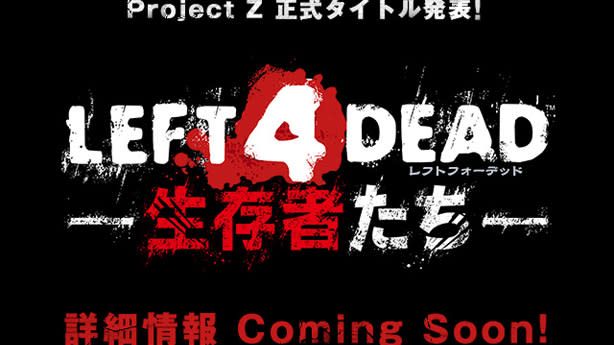 News of the tie-in arrives shortly after Taito announced "Project Z", a zombie-themed shooter due to hit arcades this year. The official Project Z site has since been updated with a Left 4 Dead logo and Valve copyright, though it's currently unknown whether Taito's upcoming Left 4 Dead: Seizansha-tachi (Left 4 Dead: Survivors) is an all-new spin-off or a modified adaptation of a previous game in the series.

Taito previously struck up a partnership with Valve for Half-Life 2: Survivor, a sit-down cabinet release featuring elements from Half-Life 2 and its follow-up episodes.

[Video: Taito / Valve]
In this article: arcade, left-4-dead, pc, project-z, taito
All products recommended by Engadget are selected by our editorial team, independent of our parent company. Some of our stories include affiliate links. If you buy something through one of these links, we may earn an affiliate commission.