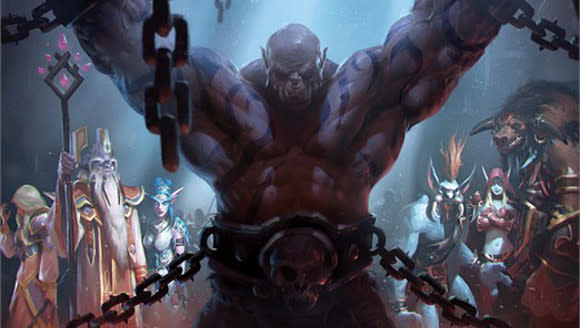 Are you dying to learn the fate of Garrosh Hellscream, former Warchief of the Horde? War Crimes, the newest Warcraft novel by Christie Golden, sets the stage with Hellscream's trial and elegantly weaves together the stories and testimonies of Azeroth's major faces in a tale that is much, much more than a courtroom drama.

Thanks to Blizzard Entertainment, we've got not one, but two copies of War Crimes to give away, and each has been signed by Christie Golden! If you'd like a little more information on the book before entering the giveaway, feel free to take a look at our spoiler-free review.

To enter for a chance to win, leave a comment on this post before 11:59 p.m. ET, Tuesday, May 13, 2014. You must be 18 years of age or older and a legal resident of the United States or Canada (excluding Quebec). You can only enter once. Two winners will be chosen at random and we will contact you via whatever method you've used to comment. Official rules here.
In this article: alliance, christie-golden, garrosh-hellscream, giveaway, horde, mists-of-pandaria, war-crimes, warcraft-novels, warlords-of-draenor, world-of-warcraft, world-of-warcraft-lore, wow-books, wow-lore, wow-novels
All products recommended by Engadget are selected by our editorial team, independent of our parent company. Some of our stories include affiliate links. If you buy something through one of these links, we may earn an affiliate commission.