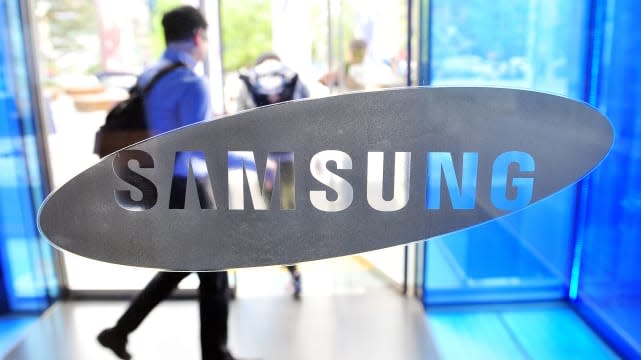 Earlier this week, Kurt Eichenwald of Vanity Fair published an incredibly in-depth article highlighting many of the hurdles Apple has had to deal with in taking Samsung to court. Suffice it to say, Samsung is not your run-of-the-mill litigant. It doesn't shy away from court room battles, and indeed, it isn't afraid to use the drawn out process of litigation as a business strategy, and an effective one at that.

According to various court records and people who have worked with Samsung, ignoring competitors' patents is not uncommon for the Korean company. And once it's caught it launches into the same sort of tactics used in the Apple case: countersue, delay, lose, delay, appeal, and then, when defeat is approaching, settle. "They never met a patent they didn't think they might like to use, no matter who it belongs to," says Sam Baxter, a patent lawyer who once handled a case for Samsung. "I represented [the Swedish telecommunications company] Ericsson, and they couldn't lie if their lives depended on it, and I represented Samsung and they couldn't tell the truth if their lives depended on it."

For anyone that has closely followed the ongoing saga that is the Apple/Samsung litigation, Samsung's willingness to bend and sometimes break the rules will likely not come as a surprise. Recall that during Apple and Samsung's first California litigation, Apple accused Samsung of purposefully destroying "vast quantities" of evidence. Over and above that, Apple, in its motion at the time, pointed out that Samsung had, in the past, been sanctioned for similar evidence-destroying behavior.

The entire Vanity Fair piece is a rather scathing indictment of Samsung's moral code. More specifically, it paints a portrait of a company whose executives curiously find themselves entangled in "bribery, money-laundering, evidence tampering" and more.

Again, the article does an able job of highlighting Samsung's admittedly successful strategy of copying competitors and simply letting the bureaucracy of the legal system delay any resolution. Apple, in this regard, is not unique. Samsung has had similar tussles with other companies, including Sharp and Pioneer, particularly in the TV business.

In this article: apple legal, features, legal, news, samsung
All products recommended by Engadget are selected by our editorial team, independent of our parent company. Some of our stories include affiliate links. If you buy something through one of these links, we may earn an affiliate commission.