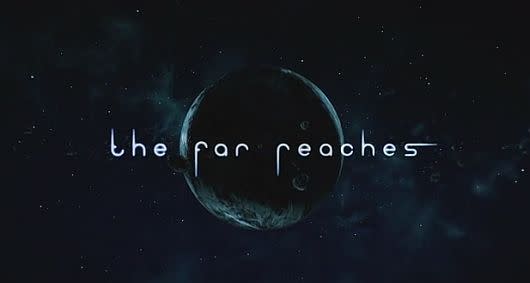 The Far Reaches is a new one-man MMO project hitting Kickstarter for an extra long 60-day campaign. While Kickstarted sandbox MMOs are nothing new, The Far Reaches features some interesting Star Wars Galaxies-like mechanics that caught our eye.

Touted as an open-ended sci-fi MMO, TFR aims to be different by offering a living, breathing virtual world. NPCs are detailed characters in the world that lead virtual lives that include crafting items, forming associations, working a day job, building new structures, spreading rumors and lies, and even maintaining relationships with the players. In addition, TFR features a skill-based crafting system, world PvP, detailed skill tree, and professions unlike any you've seen in a long time. Want to hunt down high profile criminal players? Become a Bounty Hunter. Want to create your own NPCs? Try the Roboticist.

For more info, check out the Kickstarter page and the video included after the cut.

In this article: crowdfunding, kickstarter, open-ended, Sam-Ruggieri, sandbox, sci-fi, star-wars-galaxies, swg, the-far-reaches, virtual-world, voyager-games
All products recommended by Engadget are selected by our editorial team, independent of our parent company. Some of our stories include affiliate links. If you buy something through one of these links, we may earn an affiliate commission.