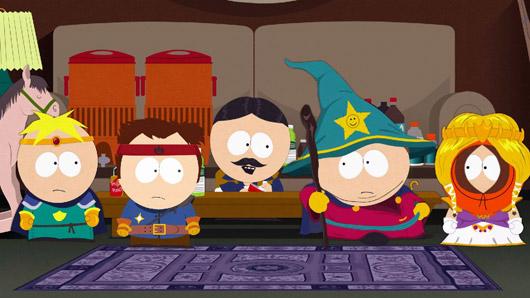 Ubisoft failed to meet its projected earnings in fiscal year 2013-2014, with a loss of €49.3 million ($68 million), down from last year's profit of €69.2 million ($95 million). Ubisoft attributed its loss in part to operating costs, purchases, business acquisitions and sales of Gameloft shares. Ubisoft launched three major games in the "core" market in fiscal year 2013, and only two in 2014, leading to an 18 percent decrease (€758 million, $1 billion) in that segment's sales year-over-year.

"Although Ubisoft did not reach the targets announced a year ago for 2013-14, we did see a number of significant achievements during the period. Above all, we consistently achieved high quality across our games, notably for Assassin's Creed 4 Black Flag – the best-rated game of the Christmas season for PS4 and Xbox One – and for South Park: The Stick of Truth, which delivered a solid sales performance for Xbox 360, PS3 and PC."

Guillemot noted that Ubisoft's digital segment was a "substantial contributor" to Ubisoft's business, accounting for 19 percent of total sales for the year. He called out mobile games Trials Frontier (10 million downloads on iOS in one month) and CSI: Hidden Crimes as beacons of digital hope in the coming year. South Park: The Stick of Truth saw "higher-than-expected digital distribution levels" as well.

"The year's performance will be led by five games – Assassin's Creed Unity, Far Cry 4, Just Dance, The Crew and Watch Dogs. Watch Dogs' pre-orders are at record levels and it is perfectly positioned to become the industry's most successful new IP in history."

That list does not include Tom Clancy's The Division, Ubisoft's open-world shooter. In 2013, Ubisoft announced a launch window of "the end of 2014," but rumors early this year said development had barely started. During the investor call, Guillemot said The Division would launch in calendar 2015.

[Image: Ubisoft]
In this article: financials, fy-2014, microsoft, mobile, nintendo, pc, playstation, ps3, ps4, Ubisoft, wii, wii-u, xbox, xbox-one
All products recommended by Engadget are selected by our editorial team, independent of our parent company. Some of our stories include affiliate links. If you buy something through one of these links, we may earn an affiliate commission.