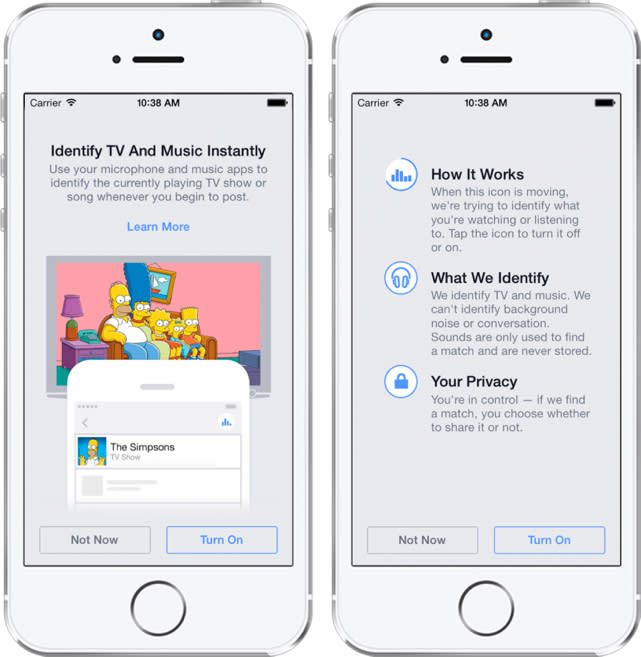 Facebook is no stranger to replicating popular apps within its own walls -- Poke, for example, is a stab at Snapchat. Now, according to a post on the official Facebook new blog, the social network will get a Shazam-like feature for song and television recognition, allowing you to identify and then post about a song, TV show, or movie from within a status update.

The feature will be an opt-in addition, so you'll have to enable it for it to be available. Once you've agreed, the app will attempt to ID the audio from various media and allow you to tag it within your status update.

When sharing songs, you'll be able to provide a 30-second preview of the tune for your friends when posting the update, though the feature will simply note that you're watching a TV show or movie if you happen to be.

No word on a precise launch was given, but the new feature is noted as arriving "in the coming weeks" to both the iOS and Android Facebook apps.

In this article: app, facebook, shazam, song id
All products recommended by Engadget are selected by our editorial team, independent of our parent company. Some of our stories include affiliate links. If you buy something through one of these links, we may earn an affiliate commission.