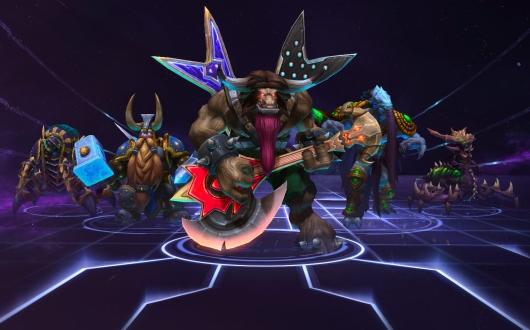 Blizzard is about fun and fantasy, not about preaching diversity, the studio said.

Polygon pulled quotes from Heroes of the Storm Game Director Dustin Browder in which he defended the sexualization of the MOBA's female characters by claiming that, "We're not sending a message. Nobody should look to our game for that." He also claimed that he didn't "get the applications" of specifically hiring female developers for the title. Browder later apologized for those remarks.

But this month, Blizzard Executive Producer Rob Pardo acknowledged that the studio still struggles in its portrayal of women, explaining that "most of [Blizzard's] developers are guys who grew up reading comics books."

"We're not trying to bring in serious stuff, or socially relevant stuff, or actively trying to preach for diversity, or do things like that," Pardo said.
In this article: Blizzard, blizzard-all-stars, blizzard-dota, Blizzard-Entertainment, Dustin-Browder, gender-politics, heroes-of-the-storm, interview, mmo-industry, moba, objectification, rob-pardo, sexualization
All products recommended by Engadget are selected by our editorial team, independent of our parent company. Some of our stories include affiliate links. If you buy something through one of these links, we may earn an affiliate commission.