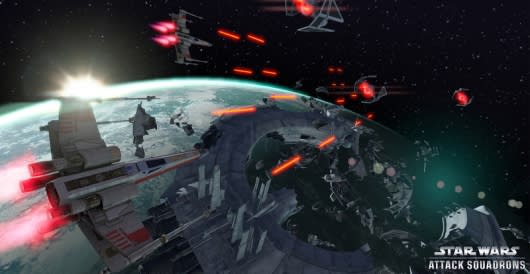 Disney has just announced that Star Wars Attack Squadrons will cease operations in the wake of its closed beta test. A message on the official site reads, "We want to thank all of the fans who participated in the closed beta of Star Wars: Attack Squadrons. After much consideration, we have decided to cease development so that we can focus on other Star Wars game experiences. We truly appreciate the time you spent engaging in the beta."

The company first revealed the game in December 2013 as a Star Wars dogfighting space combat title set in pseudo-MMO-like 16-player environments.
In this article: dogfighter, dogfighting, moba, not-so-massively, pseudo-mmo, star-wars, star-wars-attack-squadrons, sunset, sunsets
All products recommended by Engadget are selected by our editorial team, independent of our parent company. Some of our stories include affiliate links. If you buy something through one of these links, we may earn an affiliate commission.