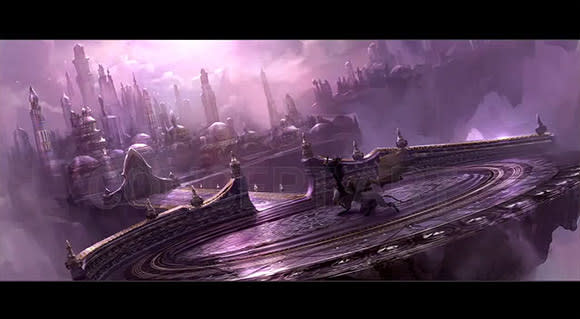 A little over four months after it began, and filming for the Warcraft movie has officially wrapped, according to a tweet made by Director Duncan Jones yesterday. Of course this is really just the beginning, as the film is slated for an incredibly long bout -- 20 months or so -- of post production, in which visual effects will be added and the film fine-tuned. The release date is still set for March 11, 2016, so they have plenty of time to get it polished.

Final day on Warcraft now officially... wrapped!! Off to bed for 3 hours before a meeting in the AM. Goodnight/good morning twitter!- Duncan Jones (@ManMadeMoon) May 23, 2014

With filming coming to a close, one has to wonder if we'll be seeing trailers or footage any time soon. Comic-Con International will be hitting San Diego in late July, and given that last year's convention saw some teaser footage before filming even began, it seems like more footage this year is a distinct possibility. And we'd be silly to think that this year's BlizzCon won't contain at least one panel regarding the film. I have to say, given exactly how long people have been talking about the possibility of a Warcraft film, it seems a little surreal that one actually exists now. Are you looking forward to seeing the finished product?

In this article: blizzard-movie, BlizzCon, Duncan Jones, Duncan-Jones, legendary-entertainment, Legendary-Pictures, San Diego, San Diego Comic-Con International, Thomas-Tull, Warcraft, Warcraft-movie, warcraft-movie-filming, warcraft-movie-news, wow-movie
All products recommended by Engadget are selected by our editorial team, independent of our parent company. Some of our stories include affiliate links. If you buy something through one of these links, we may earn an affiliate commission.